The winner of our Predators contest went all out and the video is mind-blowing. You have to see it to believe it.

Congratulations and kudos to Mr.Oz (aka Omar Mroz), the winner of our Predators Trophy Wall Diorama Contest! Mr.Oz went above and beyond the call of duty in the video he made (entirely self-produced in 12 days!), letting DJ City Hunter scratch records while Predator action figures got down.

We could go on, but you have to watch this thing immediately. You won’t be able to take your eyes off it:

Mr.Oz has this to say about his entry:

When I saw the call for entries for this contest and it mentioned stop motion animation I immediately put on hold my current Claymation and whipped up a set for your stunning Predator figures to dance on. It was a lot of fun working with these beauties, although I won’t lie, they fell over A LOT.

For more out-of-this-world claymation and stop motion, check out his show on Youtube: The Mr.Oz Show 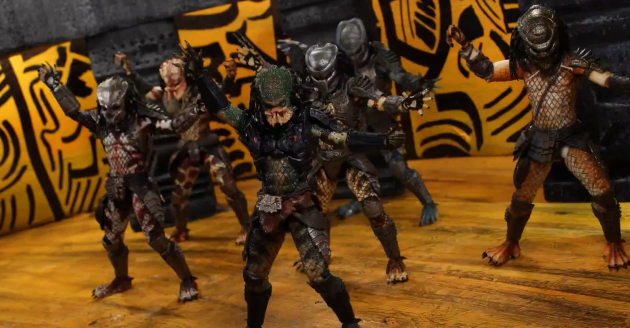 Here’s what he won

Because of the sheer excellence and precision of Mr.Oz’s entry, he’s getting the grand and the runner up prizes. Here’s the full rundown:

The Runner Up Prize

The runner-up prize is an Albino Predator Action Figure and a Skull Pack: 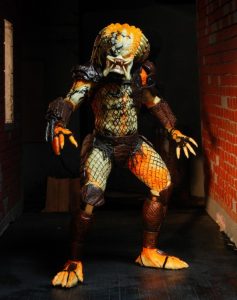 Note: The Skull pack is limited to 5,000 pieces worldwide and ONLY available in our select stores:

Congratulations to Mr.Oz and thanks for the excellent entry! Stay tuned for more contests from NECA!