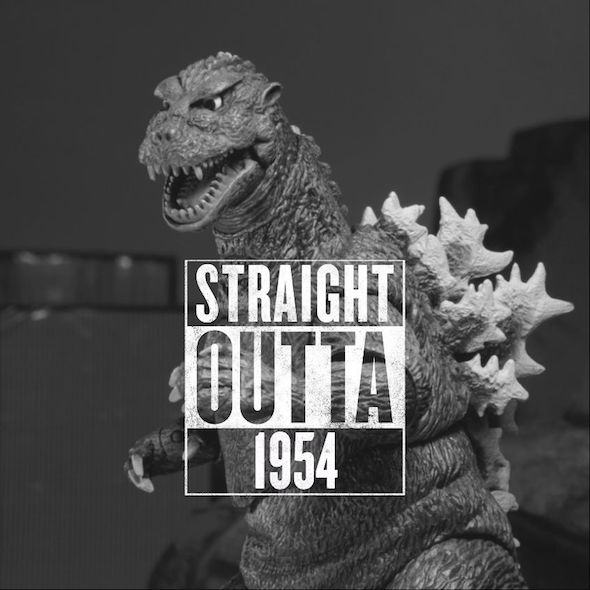 The most famous kaiju of all time is shipping out to retailers this week! O.G. (“Original Godzilla”) will appear on shelves soon – in the meantime, check out the photos below.

This version of the beloved monster is based on the original black-and-white Godzilla movie, released in 1954. The figure stands over 6″ tall, with a head-to-tail measurement of over 12″ long. It features incredible detail, a bendable tail and nearly 30 points of articulation!