Coming Soon to a Store Shelf Near You!

You’ve been waiting, and now the time is nigh! A fleet of trucks is converging on the NECA warehouse, and soon the hotly anticipated Predator Trophy Wall Diorama will be arriving at retailers.

This special thank you to Predators fans is a single-run limited edition, so fire up the navigation app of your choice and get ready to hit the local stores! You don’t want to miss out on what will be the centerpiece of your Predator collection. Now feast your eyes on its glory! 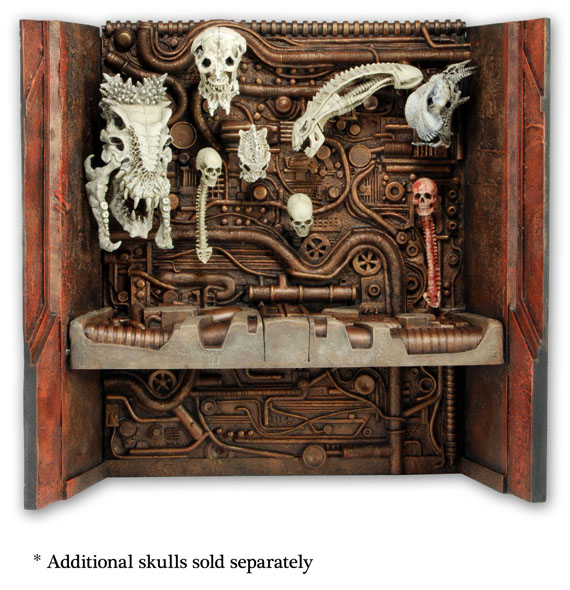 Limited to ONE production run, this product will not be restocked once sold out.

This special edition diorama measures over 11″ tall and nearly 12″ across and is a faithful replica to the Trophy Wall seen within the Predator spaceship at the end of Predator 2.

This incredibly detailed diorama is a reward to the fans who have faithfully collected all the various Predators figures and Exclusives. They now have a place to display the various “trophy skulls” accumulated over the past 3 years.

The diorama includes a series of plugs and attachments that will hold 8 different skulls. One large dinosaur-like skull is available exclusively with the Trophy Wall Diorama. (Other skulls and figures in photo sold separately.) 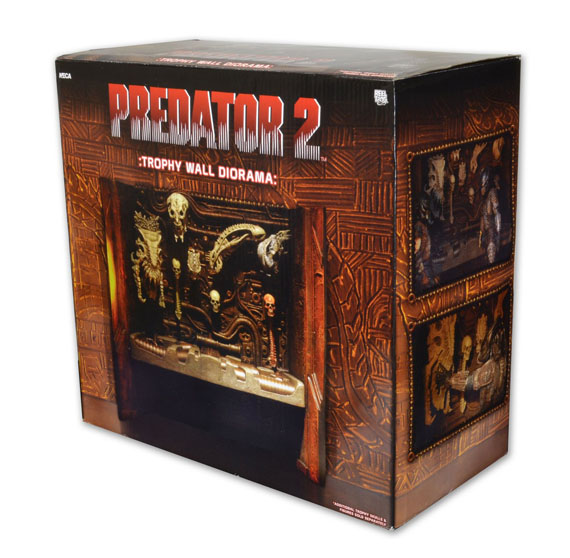 Be In The Know

Want to know when more items on your hot list are scheduled to ship? Check out our new Shipping Calendar!