The ZPEFM Comes to Life!

The Half-Life 2 Zero-Point Energy Field Manipulator Prop Replica has been one of our most hotly-anticipated items since this year’s NY Toy Fair, where it made its official debut. We’ve been kicking around mockups for a while now, but recently, Randy tweeted a pic of the real deal!

It is a Thing of Beauty 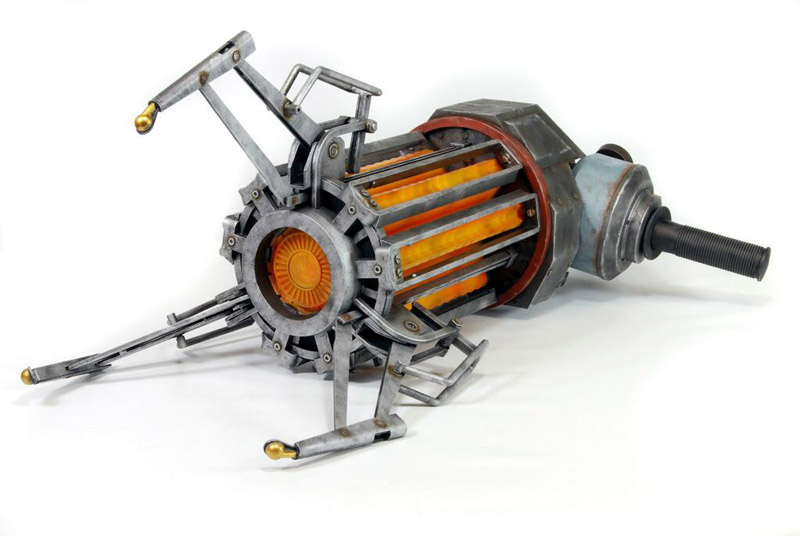 The Zero Point Energy Field Manipulator (ZPEFM) is a full size 1:1 model of the tractor beam type weapon featured in the Half Life video games and used by Gordon Freeman. The replica is created directly from digital data supplied by Valve and is fully accurate to the in-game model.

The ZPEFM is nearly 2 feet in length and features glowing orange LEDs, 2 handles, 2 triggers, and 4 unique sounds directly from the game. As a bonus, a carefully concealed fold away kick-stand allows you to display your device on the shelf or desktop when not in use. Requires 3 “C” Batteries, not included.

Anyone who’s chased down a Portal ASHPD can tell you these things go quickly, so make sure you place your pre-orders and keep an eye out for more info as we get closer to the Gravity Gun’s release in June!

And as always, for the latest updates, contests and behind-the-scenes exclusives, don’t forget to hit us up on Facebook, Twitter and Google Plus!