This year’s submissions were even harder to judge than last year’s. Several high-quality costumes got us into deep discussions around the office, but we finally arrived at a consensus.

Apologies on behalf of Hurricane Sandy are in order – our offices were without power for 10 days, and unfortunately some delays came as consequence. We were supposed to announce the winner of our 2012 Halloween Contest week ago.

To compensate, we actually an ADDITIONAL winner. See below: 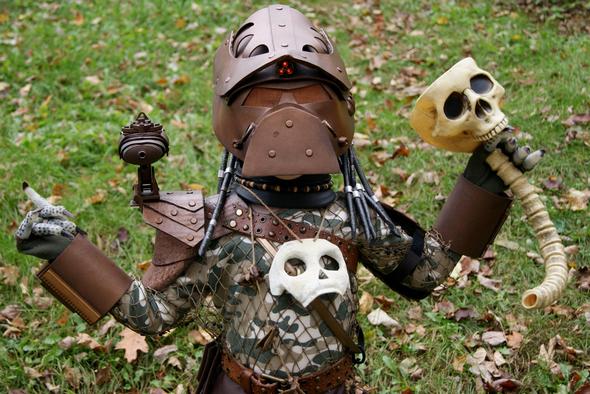 If Predators were this cute, Dutch would have a much harder time handling them. Jason’s costume came out amazing and he deserves the cool assortment of goodies he’s about to receive. 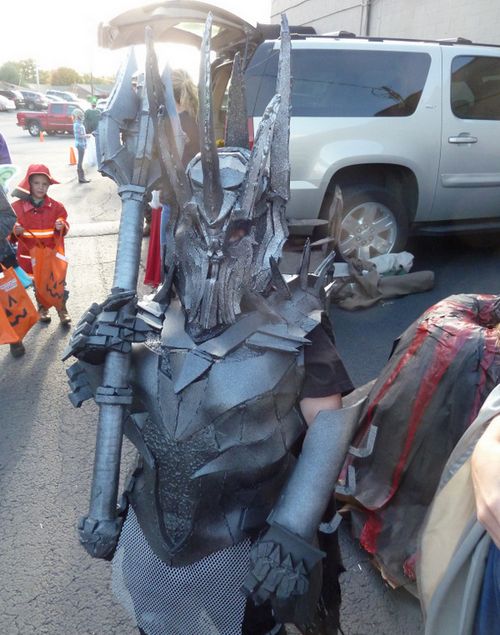 A 9-year-old that wants to go out dressed as the Dark Lord Sauron certainly deserves bonus points, but with a costume that intricate, we felt like he deserved a shout out. Joshua will receive either a plush or a headknocker from our new Lord of the Rings line. 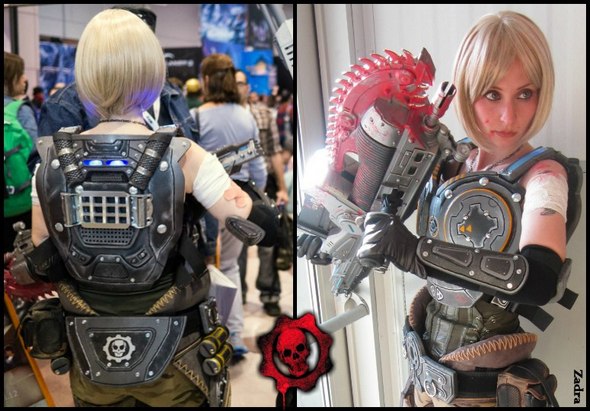 Michelle accurately impersonated Anya from Gears of War, down to the artfully placed blood. She will have access to some awesome apparel — and of course, lots of figures to choose from. 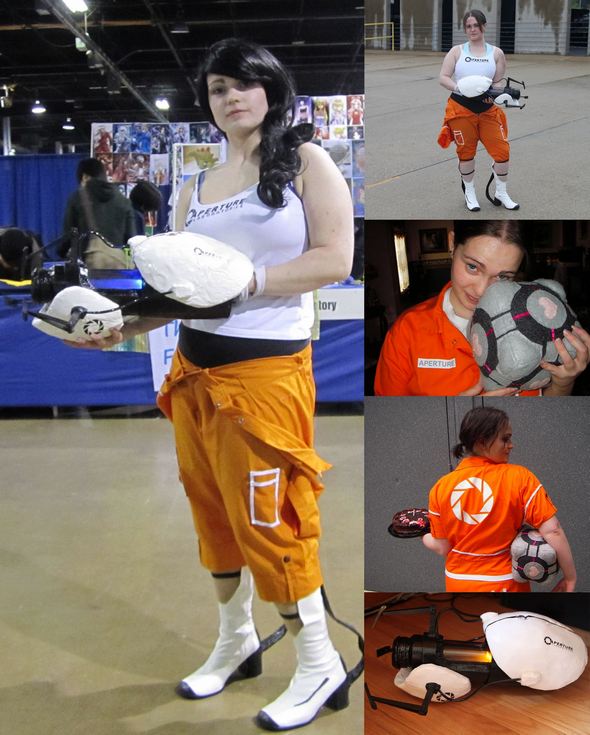 Melissa put a lot of effort into her accessories, building her own Portal Device and Long-Fall Gravity Boots. We especially have to mention the fact that she baked her own cake — baking is a delicate science!

Melissa will have the option to choose any Portal Replicas currently available. 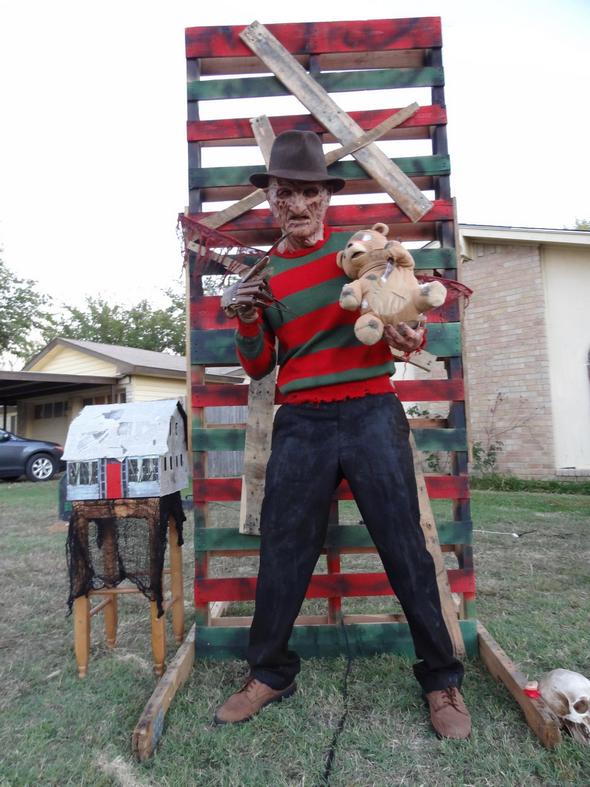 Alexander went through a lot of work to get the house, the backdrop, even the bear made, not to mention his intricate makeup (or mask, we can’t figure it out!). He’ll win: 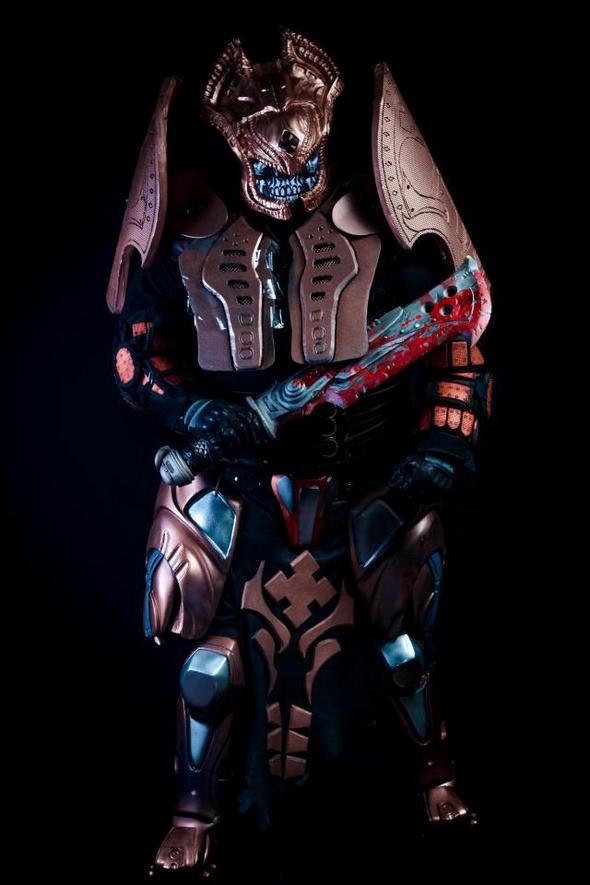 Dale’s costume doesn’t look easy to wear, much less fabricate! It’s awesomeness from head to toe, and for that he wins: 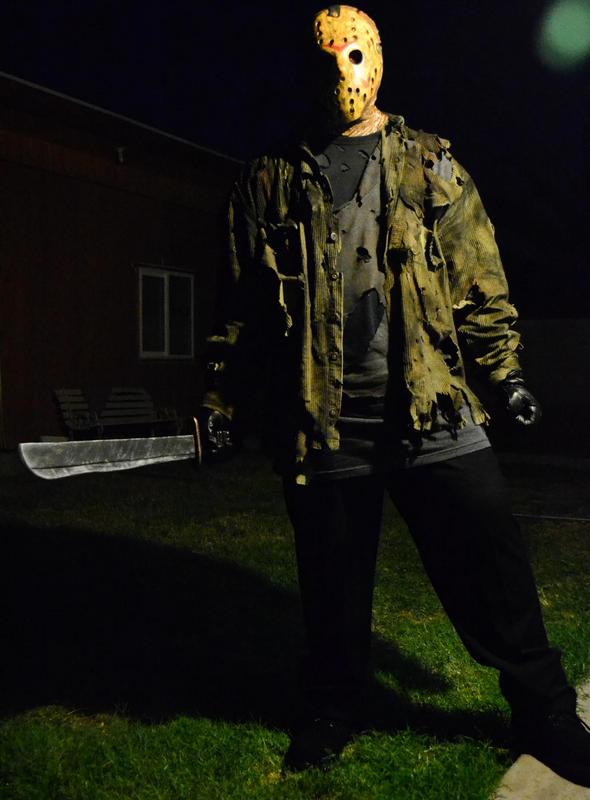 Fernan’s costume worked just as efficiently as the original in the movie — no unnecessary accessories, simply the rags left over from previous kills and his good old machete. The simplicity coupled with a really good shot won him:

Winners, please send an email to contests@necaonline.com with your address, phone #, and prize options if you need to make a selection. Allow 1-2 weeks for delivery.

HUGE THANKS To ALL Participants!

We here in the office didn’t get to enjoy Halloween as much because of Sandy, and seeing your submissions helped us cope. We certainly appreciate it, and hope you’ll join us for the next contests very soon!