It’s Smoker! Of all the Infected out there in the world of Left 4 Dead — the Boomers, Jimmy Gibbs Junior, etc. — The Smoker might be the grossest of them all.

Somehow, Smoker’s infection has resulted in a whopping six tongues, and a massive glut of tumors on the side of his neck. Good for letting you know he’s a zombie, bad for getting dates.

He’s as lethal as he is ugly, however, and with the first Smoker 8″ action figure due out this fall, we thought we’d take a minute to let you bask in the true grotesquery of this figure, which has poseable tongues and over 20 points of articulation.

The tongues are actually bendable thanks to thin wire inserts, which will make for some amazingly gross shots.

Check out the packaging shots below: 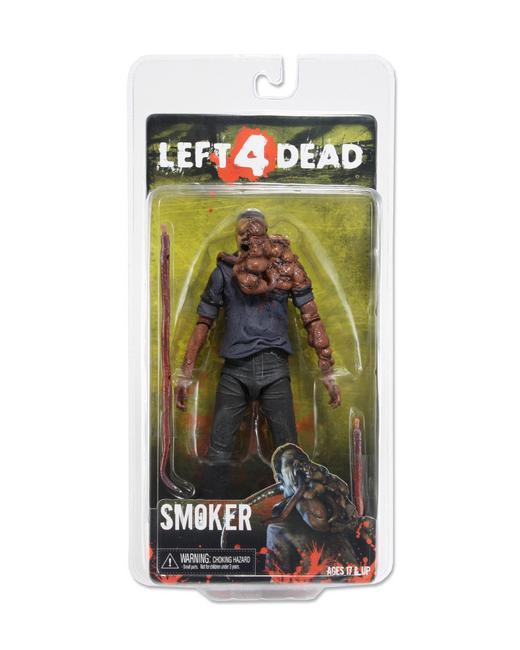 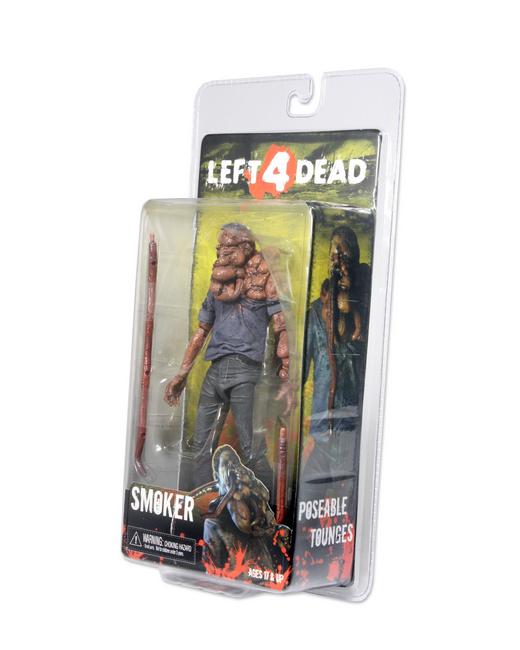 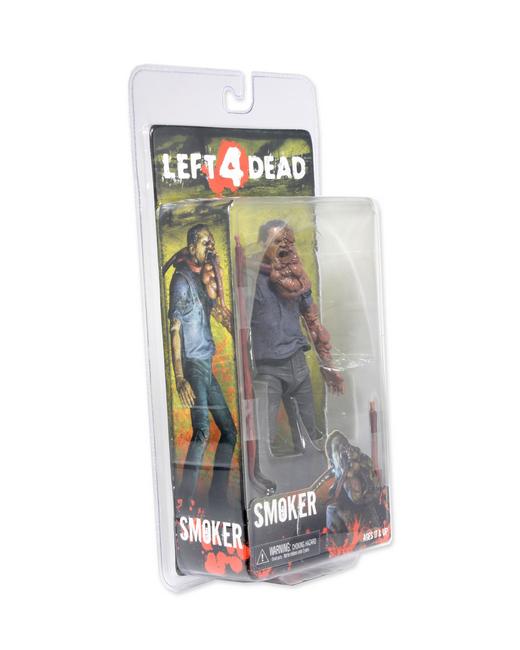 Yuck. My favorite of the bunch is the last one, where you can see side-by-side just how dead-on accurate to the game the Smoker figure actually is. Click any of the images to enlarge for a better look.

Smoker is due out in September, so keep an eye out for more news about His Nastiness, and keep it tuned to the NECABlog for Common and Uncommon Infected, Survivors, zombies and all the rest from Left 4 Dead, Valve and all your favorite games, movies and more!