The Engineers Are Here! 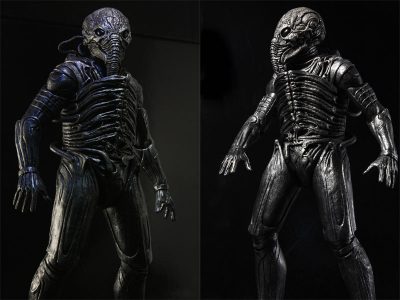 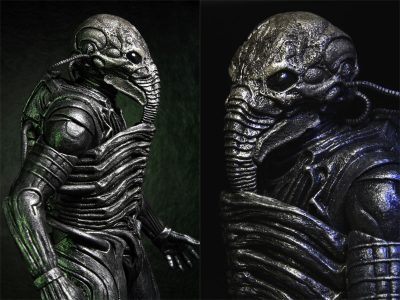 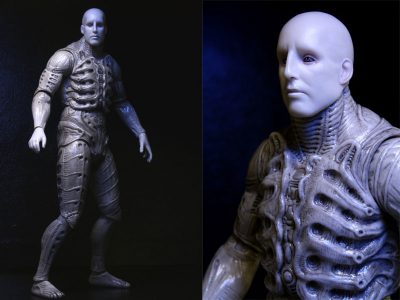 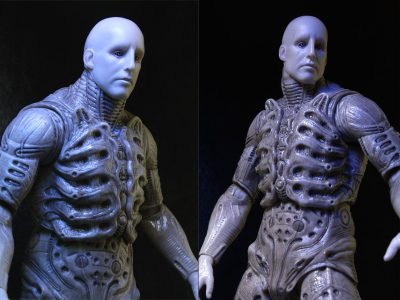 Below you see the blister packaging for the 2 Engineer figures: 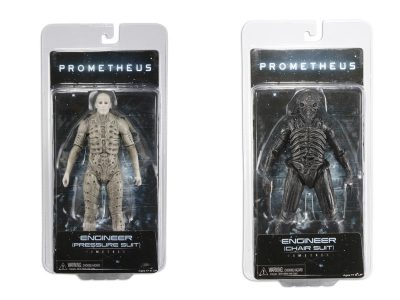 Both Engineers stand nearly 8.5″ tall and feature tons of detail and articulation. The Engineer is re-created in both his pressure suit and chair suit costumes and towers over standard 6″”-7″” figures. As you can see, both come in clamshell packaging.

Series 1 will hit the shelves in less than a month, and we’ll post more shots and details as they get closer to release. If you have an Alien figure collection, better prepare a separate shelf for these guys, because as you know, they have family issues.