The Man of Your Dreams

He’s back! Series 3 of our relaunched A Nightmare on Elm Street line of action figures is due to arrive on store shelves next week. Series 3 picks up right where Series 1 and Series 2 left off, with two exclusive new versions of everyone’s favorite wisecracking supernatural mass murderer: Freddy Krueger.

Where Series 1 covered the first two movies and featured the definitive Freddy, Series 2 moved into the subsequent sequels — 1987’s The Dream Warriors (Dokken anyone?) and 1988’s The Dream Master — and Series 3 continues to delve into A Nightmare on Elm Street lore, with two new incarnations from The Dream Warriors and 1989’s The Dream Child! 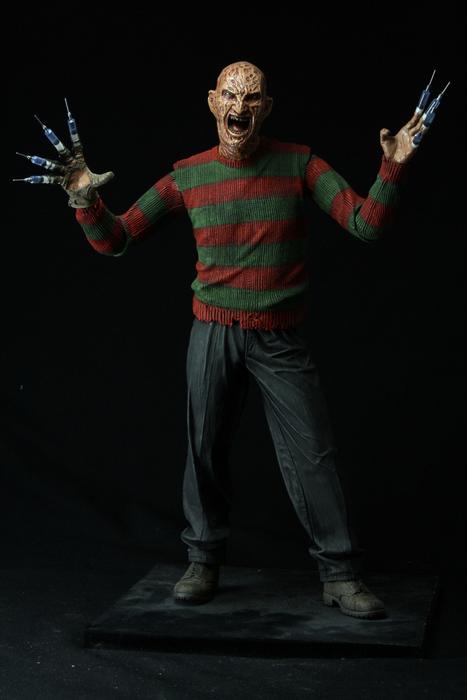 Remember the other day when you asked me what the definition of “horrific” was? I mean seriously, yikes. With his syringe hands, menacing scowl and little weirdo Freddy puppet buddy (see gallery above), this Dream Warriors Freddy might be our most terrifying Krueger yet. This figure includes the puppet, the stylin’ poseability, the syringe hands, and an alternate head that has a cross burned into it that glows when put under direct light. So friggin’ cool. 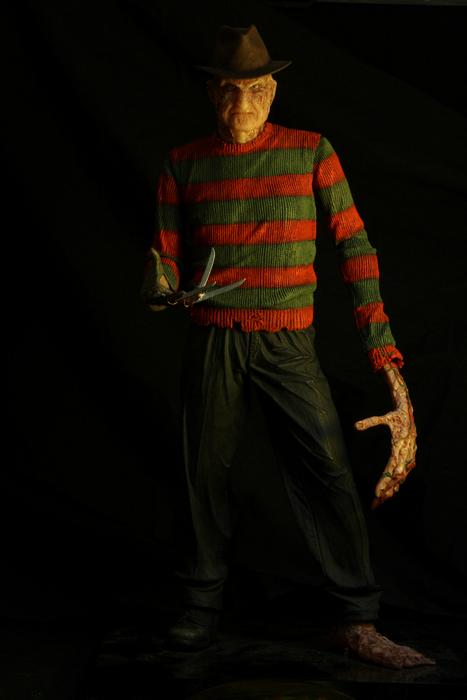 In A Nightmare on Elm Street Pt. 5: The Dream Child, we learn more of the origins of Freddy and see even his own mother (dead, of course) striving to destroy him! Aside from being scary as all hell, it’s also probably the most psychologically complex of the movies, which we can only assume is why Freddy has that worried look on his face. You’d be worried too if your mom was trying to give you the axe. Freddy, however, has backup. The figure includes the Baby Freddy from the opening scene of the film, as well as a deformed hand and interchangeable head.

Both figures come in clamshell packaging and should be in stores within the next week or so — you know, that whole “shipping now” thing.

Of course in the meantime while you’re camping out in front of your local retailer, you can check out the full NECA A Nightmare on Elm Street collection and stay tuned to the NECAblog, because you know it won’t be long until we’ve got news and updates on Freddy Krueger and all your favorite games, movies, homicidal dream invaders and more!