The Place to Be

We’re only a week away from the 2012 San Diego Comic-Con! We’ve said all along we’ll be at booth #3145. You know all about our 2012 SDCC exclusives, and if you’re headed to San Diego, here’s what we’ll have going on over the course of the weekend. 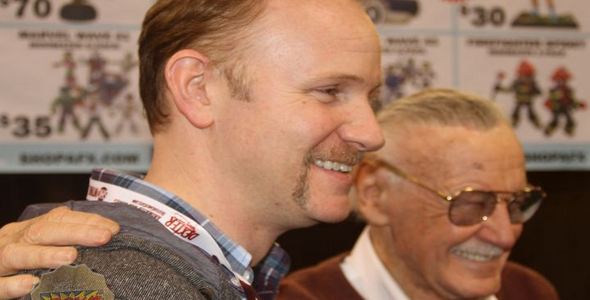 If you’re going to Comic-Con, then you already know who Stan Lee is. The Marvel Comics legend and Comic-Con Episode IV: A Fan’s Hope director Morgan Spurlock (also of Supersize Me, The Greatest Movie Ever Sold and more) will be signing autographs beginning at 5PM.

Hosted in Ballroom 20. Morgan Spurlock will be on-hand for a Q&A following a screening of the Comic-Con Episode IV: A Fan’s Hope documentary, and rumor has it a few special guests are expected. More info at the Comic-Con movie website — and while we’re on the subject, have you seen the limited Comic-Con Episode IV DVD package yet? They’re available starting next week.

In a special follow-up event to the film screening on Thursday evening, Morgan Spurlock will be at the Entertainment Earth / Toys ‘R Us booth #2343, for photographs and autographs. There you’ll also be able to purchase the exclusive DVD pack that features his and Joss Whedon’s action figures. 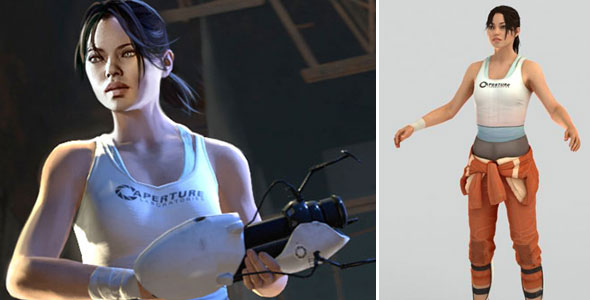 An actress and model will incorporate Chell’s character at our booth and be available for photos. Check with our booth staff for more specific times and info!

In our ongoing love affair with Valve Corporation, we’ll have Valve’s Bill Fletcher at the booth to sign autographs. The in-game model for Cave Johnson will be signing the limited and exclusive Cave Johnson Portal ASHPD Prop Replicas that we previously announced. Get there and get one while you can, because we’re expecting a big crowd. 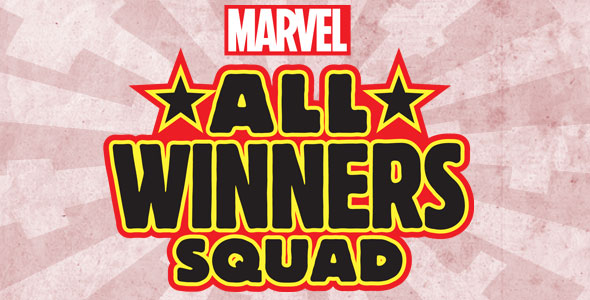 We’ll be in Room 8 (340 capacity, so get there early) for a panel moderated by Morgan Spurlock discussing the All-Winners Squad, featuring some of Marvel’s cult-favorite characters talking about what’s in store for them. NECA has signed on to do shirts and figures, so we’ll be there showing love to Marvel, and the event will be broadcast almost live on MarvelTV, so even if you can’t make it, you won’t miss the announcement.

Meet The All Winner Squad!

You can also get some awesome limited edition All Winner Squad tshirts!

Remember, booth #3145! We’ll be there all weekend, so please come down and say hi (don’t forget to mention how much you love the blog posts!). Whatever road leads you to San Diego this year, we hope you travel safe and have a blast. Here’s to another great SDCC!