The AMC series The Walking Dead does zombies right. All that fast-moving, infected-by-a-virus stuff is well and good, but when it comes to a real zombie apocalypse, if we’re not talking about the dead clawing their way out of the grave, dragging their rigor-mortis-stiffened limbs behind them as they seek out any living thing to quench their insatiable hunger for flesh, then it’s just not the same.

And that’s exactly why The Walking Dead rules so very, very hard. It’s reviving the glory days of zombiehood, but updating the premise as well. The show follows former County Sheriff Rick Grimes — not a little bit ironically, just woken from a coma — as he discovers the horrors that have unfolded since last he was conscious. Based on the comic series of the same name, the first season of the show chronicled Grimes’ desperate search for his family and of some salvation from the terrible end that had apparently consumed the world.

In short, it was gorgeous.

One of the best aspects of the show was the actual zombies. Even if they were just lurching in the background, they were rendered with such meticulous detail that you couldn’t help but take notice. NECA is proud to unveil two exclusive 6.5″ busts designed and sculpted by KNB EFX Group, the actual design team from the show. Dig it: 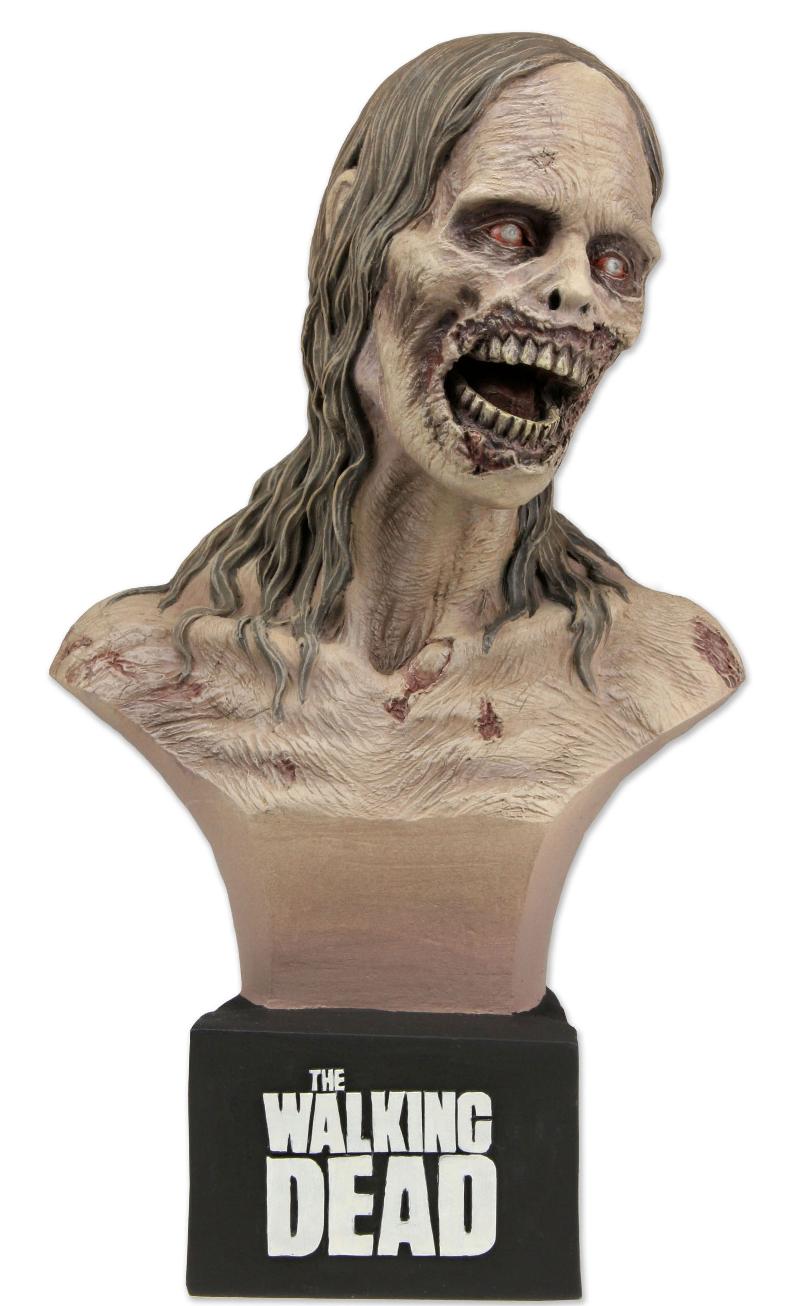 Bicycle Girl Zombie was one of the first and most striking zombies we got to see up close, and this bust captures pretty much all of her, since she was just a torso dragging herself across a park lawn. It was the moment Grimes realized something was horribly wrong in the world around him, and staring at that face, you might just feel the same way. 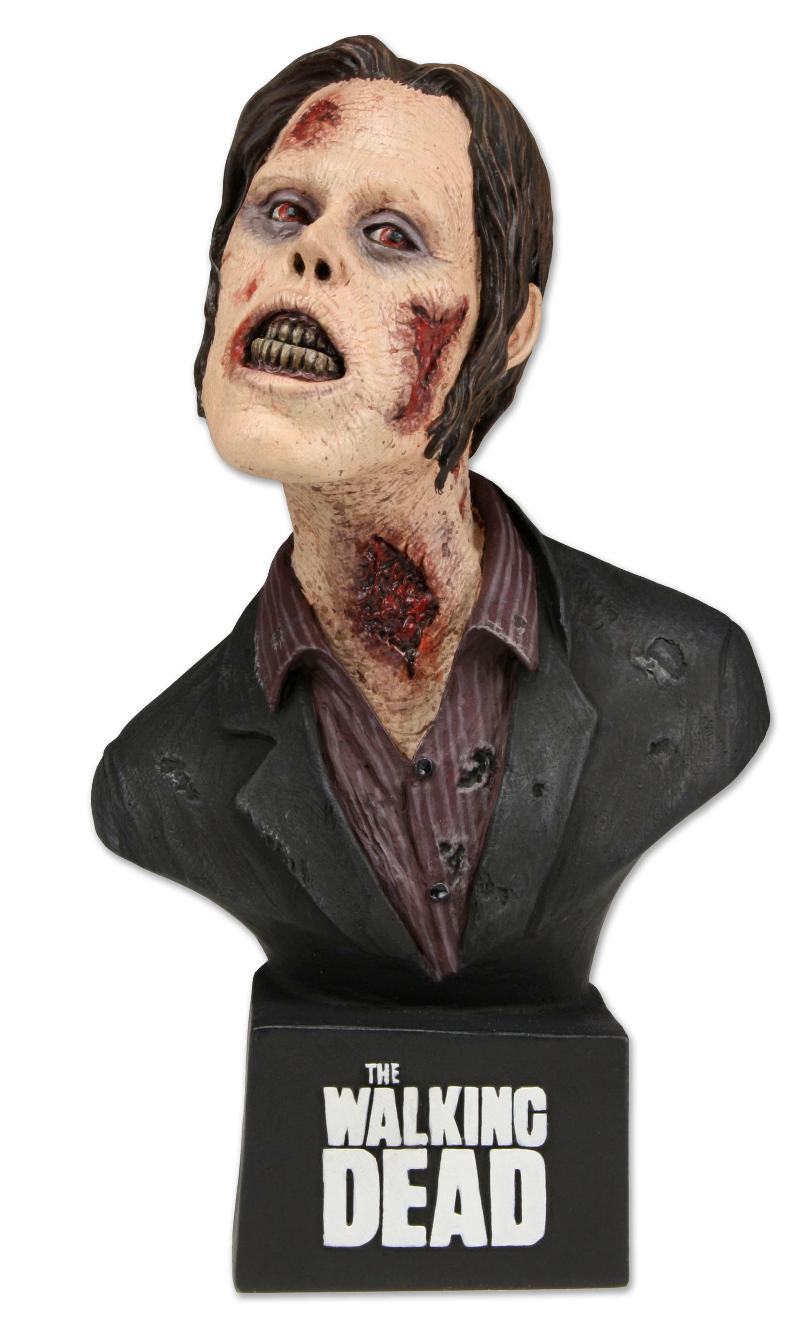 In one of his most dire moments in the whole first season, Grimes was trapped inside a tank in downtown Atlanta, and Tank Zombie here was just one among an entire horde of zombies trying to take him out once and for all. Like the park above, it was one of the show’s most memorable scenes. If you ever wondered what pure, mindless rage looked like, just get a load of those eyes and teeth.

Each bust is hand-painted, made of resin, and in a limited edition of 12,000. In stock now.

More details on NECA’s The Walking Dead busts are here. Season two kicks off in October on AMC! Don’t miss it!

PS for you trivia buffs: Andrew Lincoln, who plays Rick Grimes on the show, is Ian Anderson from Jethro Tull’s son in law. That’s right, the dude chasing down zombies on Sunday nights is married to the daughter of the dude who sang “Aqualung.” Funny world.