2012 marks the 30th anniversary of Rocky III, in which Rocky Balboa fights and is beaten bloody by Clubber Lang, losing his world championship. Will he recover and return to glory?

Spoiler alert: Yes. But first, he’s got to get through Mr. T, and our Rocky Series 3 7″ action figures celebrate their epic battle like never before! 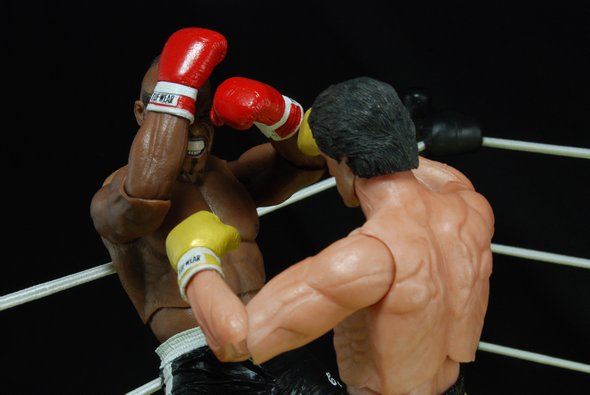 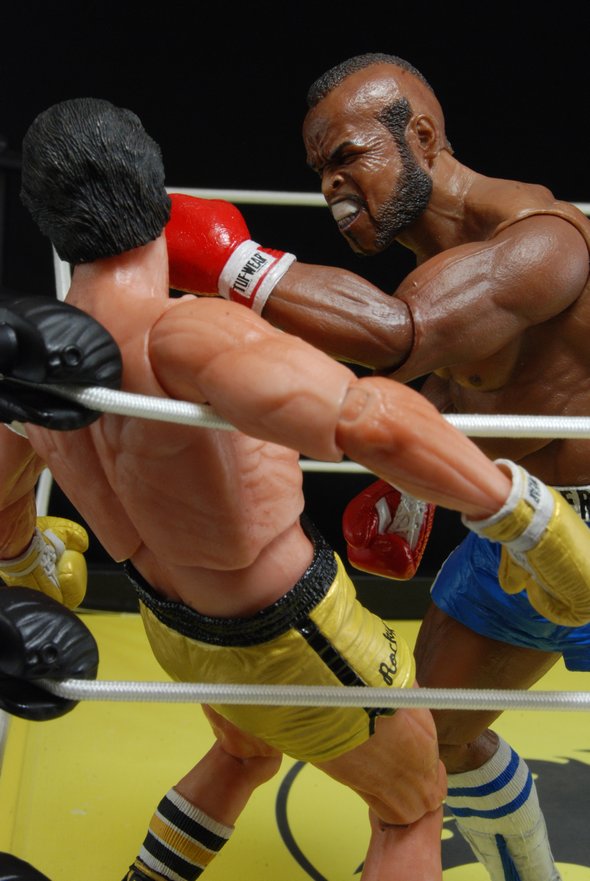 A legacy spanning 35 years and 6 films, generations of fans have been waiting for movie accurate action figures of the Italian Stallion and his famous opponents, and in 2013 NECA continues to deliver.

Based on 1982’s Rocky III, Series 3 includes Rocky Balboa and Clubber Lang from their historic fight. Figures stand 6 3/4″ – 7″ tall and are fully poseable and highly detailed.

The Eye of the Tiger

That’s it, all we had to do was say the words and now Survivor’s classic theme song is stuck in your head. Enjoy that. And while you do, why not check out our other Rocky 7″ action figures:

The Baddest in the World

Stick around the NECABlog for more updates on these Rocky figures and others still to come from this classic series. Could a Burgess Meredith as Mickey figure be in the future? Only time will tell…

Till then, hit us up on Facebook, Twitter or G+ to let us know what you think of Rocky Series 3!