A love of the classics

It’s been 30 years since Friday the 13th Part III came out, and no fewer than eight movies have been made featuring Jason Vorhees since The Final Chapter was released in 1984, but like the landmark franchise from which they come, they’ve stood the test of time. Today we highlight a new series of definitive Jason Vorhees action figures and take a look at two new Jason masks from the Pt. 3 and Final Chapter installments! 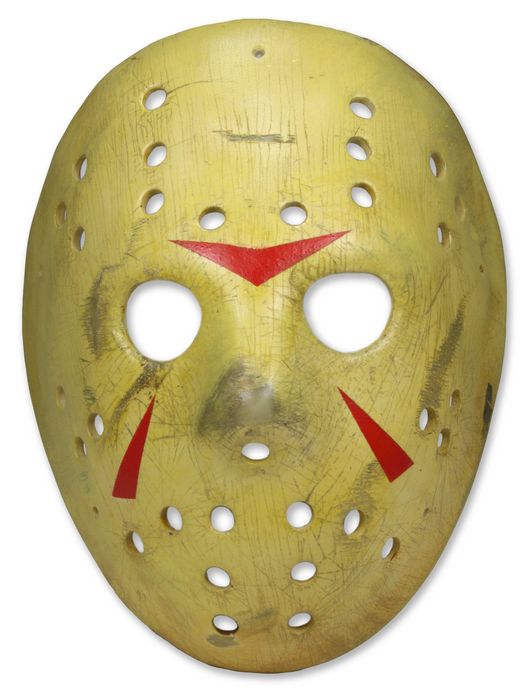 If you think Jason Vorhees is nothing more than a hockey mask and a big knife, you’re doing it wrong. As specific as our 2009 remake Jason mask replica was for that film, this blister-packed prop replica perfectly captures the menacing look behind the horror of Friday the 13th, and the blankness of the face of that terror. Looking at this mask, there’s just something that says there’s no killing it. Probably why they did another nine movies (so far). 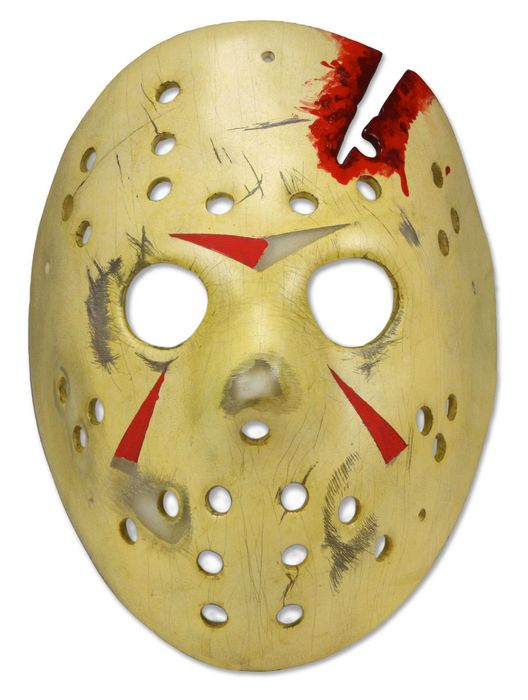 You gotta figure that after four movies of dying, dying, more dying, lots of killing and more dying, Jason’s going to be a little beat up, right? Our The Final Chapter mask replica shows some more scuff marks than itsPart III counterpart and has the gaping crack of a headwound. Rest assured, this mask is plenty sturdy in addition to being a recreation of Jason’s in the fourth movie.

What we were going for in this brand new line of figures was the definitive Jason. The Jason you think of when you picture him in your mind. We came out of that process with a regular and a battle damaged version of the menacing Mr. Vorhees, and we hope you agree these figures nailed it: 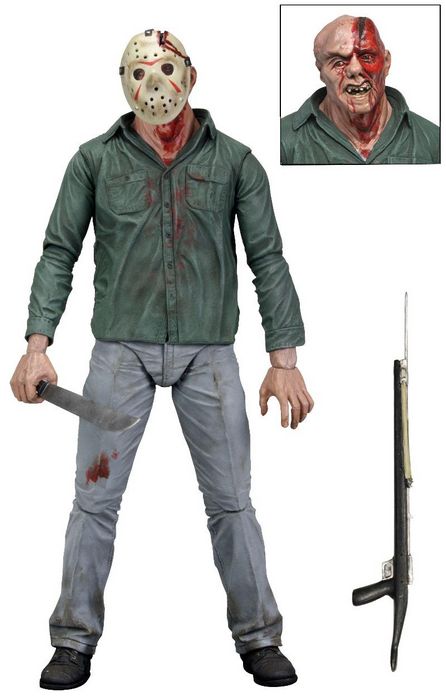 The battle damaged Jason comes with a spear gun and a machete. 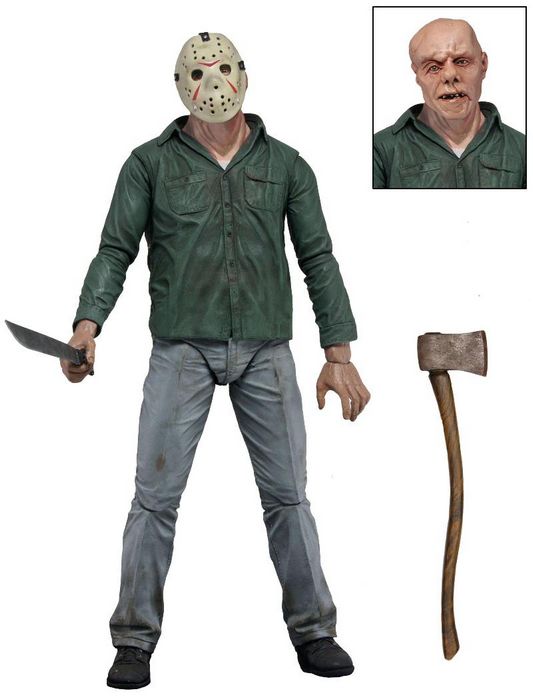 The definitive Jason comes with his Axe and a machete.

Rest assured, this won’t be the last you hear from Friday the 13th. Keep it tuned to your friendly neighborhood action figure wholesaler for news and updates on all your favorite movies, games, monstrous psychopathic serial murderers and more!