TabApp is an exciting new line of HeroClix from our friends at WizKids that reinvents video and action figure gaming! Bringing together iPad-ready app software and touchscreen technology, TabApp lets your figures take part in virtual battles for the first time ever.

The HeroClix TabApp was originally announced back in May, but as we’re getting closer to the Fall 2012 release, it’s time for a closer look. Check out the video below: 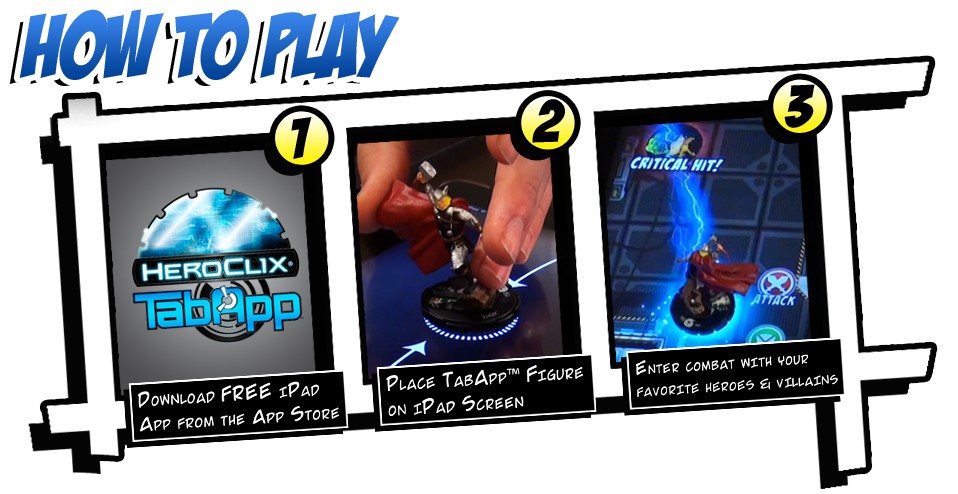 What about the figures?

The first line of TabApp HeroClix will be Marvel Superheroes, with favorites from the two most popular superhero teams in the world – the Avengers and the X-Men!

Both are due out this fall, and they’re not so different-looking from other HeroClix, but the base they stand on allows the iPad’s touchscreen to recognize each figure separately from the others, storing its health stats, level of experience and battle abilities! It’s classic RPG gaming brought to life! 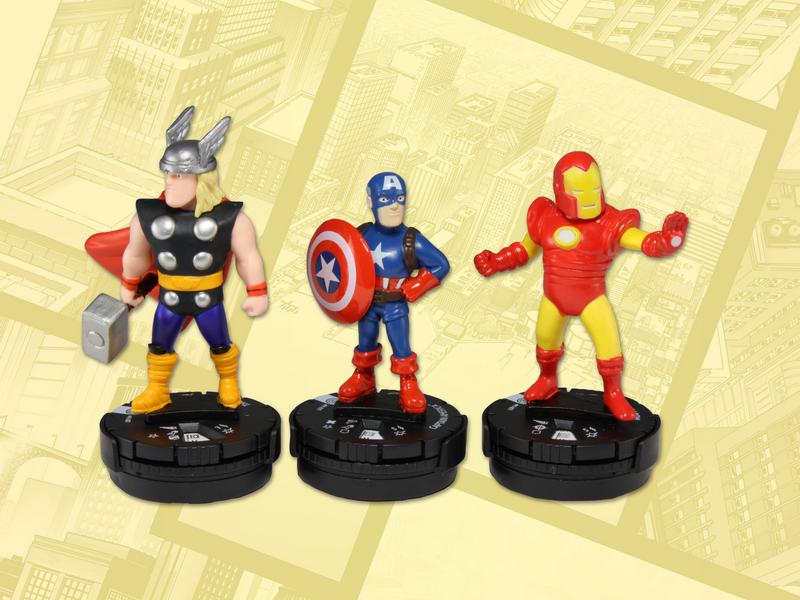 The first Avengers to be TabApp-ready will be the god of thunder himself, Thor, everyone’s favorite patriot, Captain America, and the heavy metal beacon of justice, Iron Man! They’ll be sold as a three-pack, and each figure comes with unique TabApp abilities and strengths! 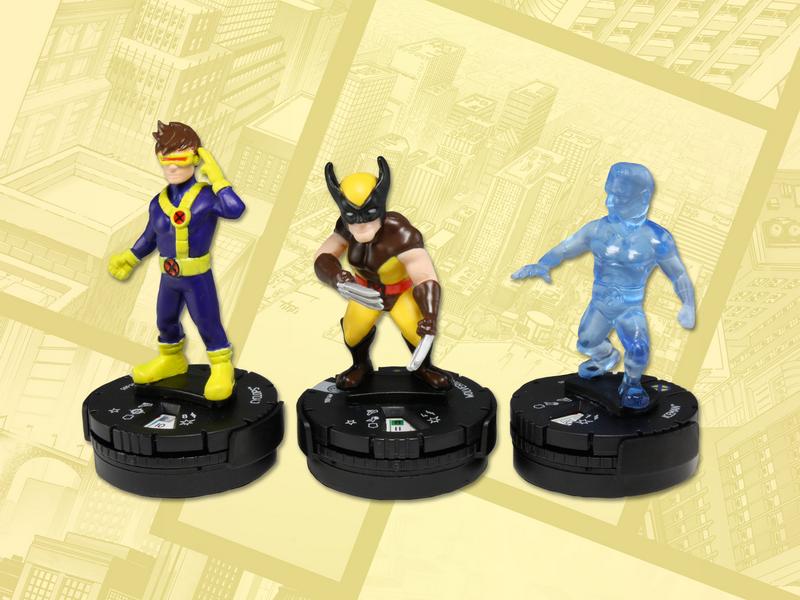 Some of Marvel’s most iconic characters will make their way to the virtual world of TabApp. Cyclops, Wolverine and Iceman will be the first of the X-Men, Wolverine in his classic yellow and brown duds and Cyclops and Iceman as they appear in the comics. Like the Avengers, they’ll be sold as a three-pack available now.

The HeroClix TabApp is available now. For more info, hit up the Official TabApp Website: http://heroclixtabapp.com

And of course, we’ll be keeping you in the loop as well, so make sure you check in with the NECABlog for all the latest on TabApp, Marvel, HeroClix and all your favorite games, movies and more!