As far as epic battles go, the fights in The Avengers and Pacific Rim rank pretty high on the All-Time Awesome list. So we’re pretty excited that new figures from both — many featuring heavy battle damage — are heading out of our warehouse and toward retailers this week! 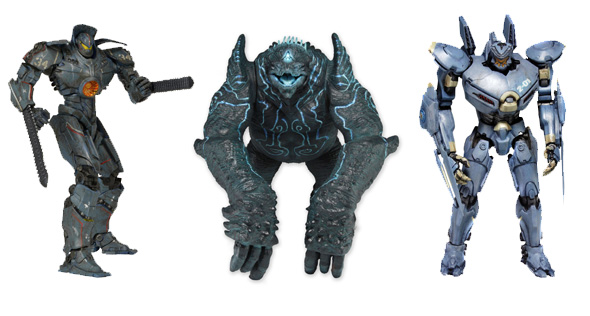 Fresh off the release of Guillermo del Toro’s epic sci-fi action movie, PACIFIC RIM, comes a second series of 7” deluxe action figures. When an alien attack threatens the Earth’s existence, giant robots piloted by humans are deployed to fight off the menace. Series 2 includes Battle-Damaged Gipsy Danger, Striker Eureka, and Leatherback. Figures stand roughly 6″ – 8″ tall and are created directly from the digital files used by ILM in the making of the movie.