The two massive figures rolling out to retailers this week have something in common: you do NOT want to run into them in a dark alley. Or a well-lit alley.

The Batman 1/4 Scale Action Figure from the iconic 1989 movie features Michael Keaton’s likeness, and is fully equipped to battle street crime with his “wonderful toys.” The Bioshock Infinite George Washington Motorized Patriot also features a well-known likeness and is prepared to do some serious damage in battle, thanks to his colossal Gatling gun.

Check out the details below, and be sure to visit the product pages for more images (including packaging shots)! 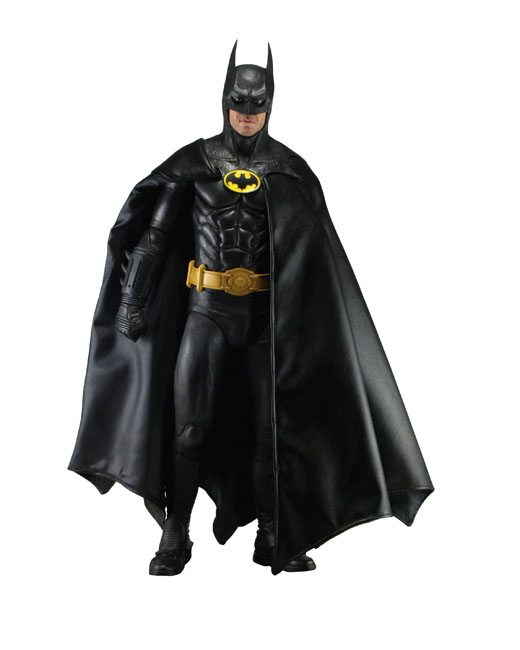 Based on the iconic 1989 film that defined Batman for the modern generation! We are honored to present this 18″ tall poseable figure featuring Michael Keaton’s likeness, utility belt, Batarang, grapple-gun, interchangeable hands, and loads more. It features over 20 points of articulation, incredible detail, and a real fabric cape. 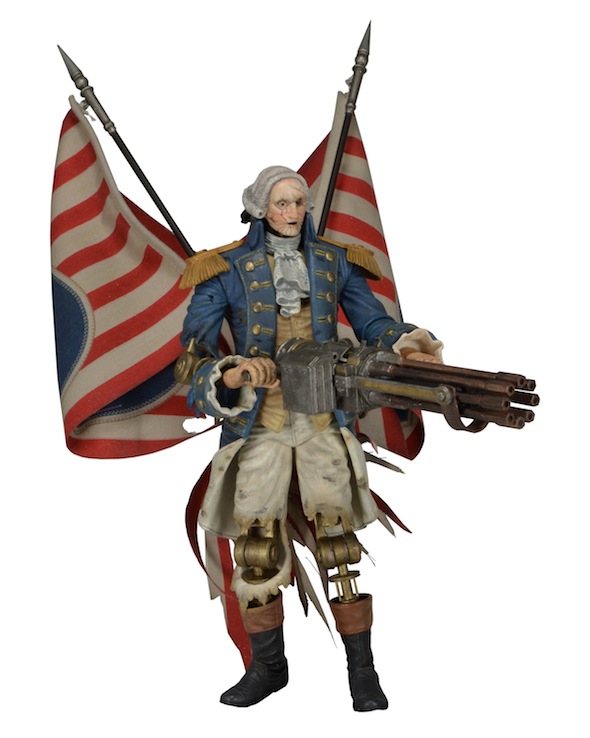 One of the toughest enemies you’ll face in Bioshock Infinite, the Patriot is an automaton built in Columbia to the likeness of a major figure in American history. It stands over 9″ tall and features 2 interchangeable heads, a massive Pepper-Mill Gatling gun, and 2 flags of Columbia on its back. With over 20 points of articulation, it’s a must-have for fans of the video game.