Shipping This Week – 8″ Cloth Candyman and Restocks of the Ultimate Leatherface from Texas Chainsaw Massacre! 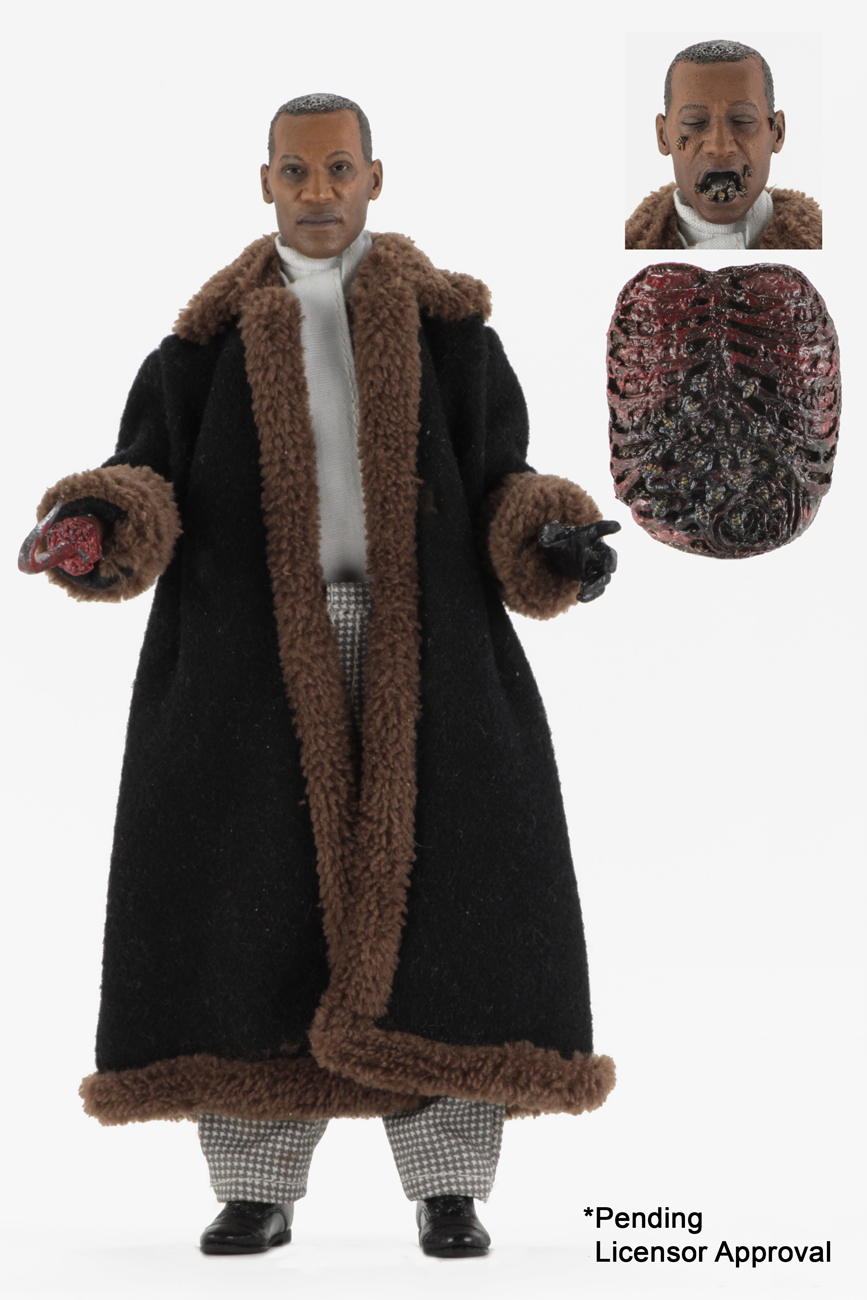 We dare you to say his name five times! From the classic horror film series Candyman! The terrifying slasher films told the story of vengeful urban legend Candyman, who could be summoned by speaking his name five times in front of a mirror.
NECA’s clothed action figure features the likeness of legend Tony Todd in two forms – interchangeable heads allow regular and bee-covered expressions. The figure also has an elaborate soft goods coat and comes with an attachable “bee swarm” chest.
Clamshell packaging! 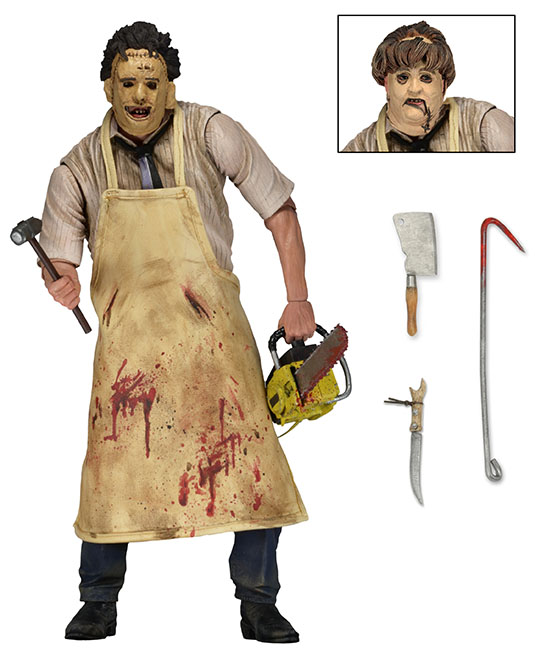 NECA presents the definitive collector’s version of Leatherface as he appeared in the 1974 film.
The 7” scale figure features over 25 points of articulation, plus 2 equally gruesome interchangeable heads. Leatherface comes with chainsaw, knife, mallet, meat hook, cleaver, and a vinyl apron. Loaded with features, detail and articulation, and packaged in a collector-friendly window box with opening flap.