Shipping This Week – Hellraiser Ultimate Pinhead, IT(2017) 8″ Cloth Pennywise, and Restocks of 12″ Head-to-Tail Godzilla from Godzilla: King of the Monsters(2019)! 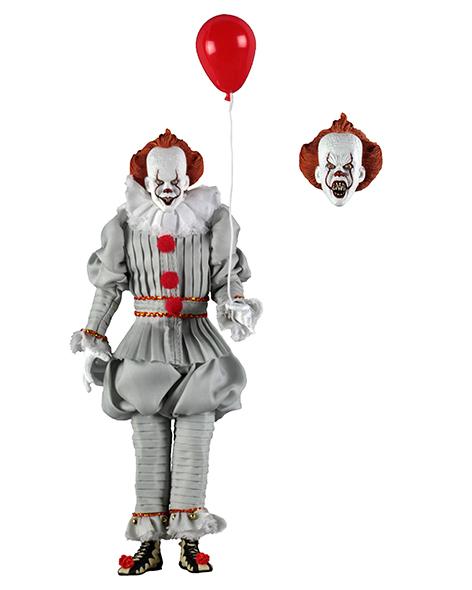 From the acclaimed 2017 horror film IT, drawn from the pages of Stephen King’s original novel, NECA presents its most deluxe and elaborate clothed figure ever!
The ornate costume of Pennywise The Dancing Clown has been painstakingly tailored in high-end fabrics to create this amazing action figure! Each costume is individually sewn, creating a truly one-of-a-kind collectible. Based on Bill Skarsgård’s portrayal of the nightmare-inducing clown, the 8” figure also features two interchangeable head sculpts, three interchangeable hands and the signature red balloon.
Window box packaging. 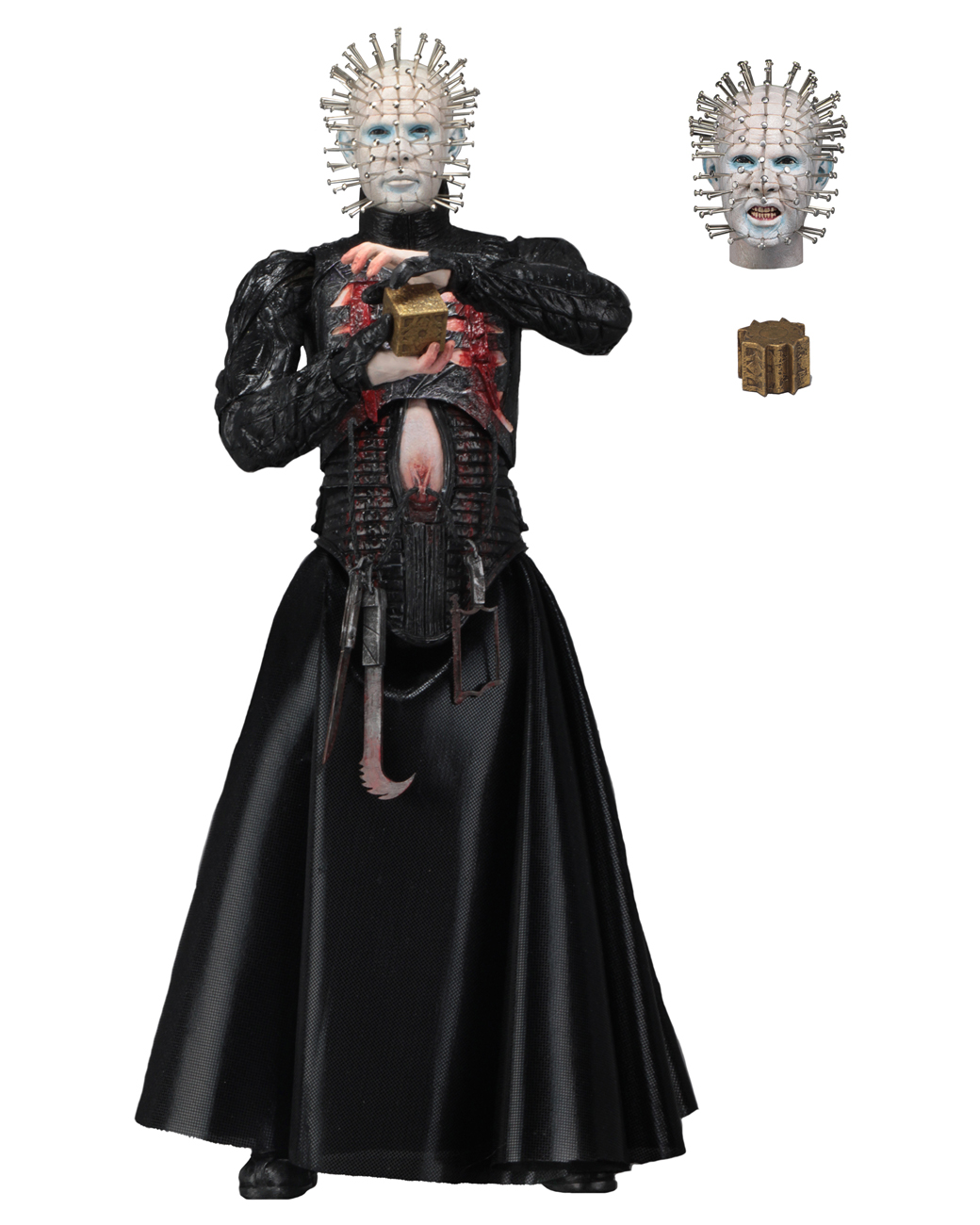 Clive Barker’s grisly horror masterpiece returns to NECA!
The leader of the Cenobites himself is the latest addition to the Ultimates line. Pinhead features an all-new sculpt and tons of nightmarish detail, from the pins in his head to the tools of torture dangling over the soft goods vinyl skirt. The figure comes with 2 interchangeable heads and the both open and closed Lament Configuration puzzle boxes.
Display-friendly window box with opening flap. 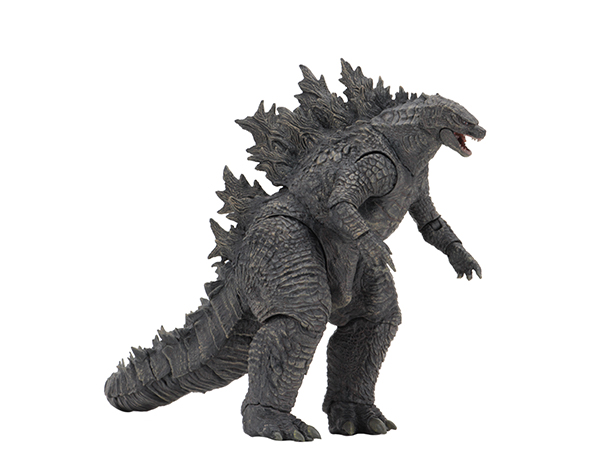 NECA is thrilled to present its first figure from the new Godzilla: King of the Monsters movie!
Based on the monster’s on-screen appearance in this sequel to the 2014 Godzilla movie, the all-new Godzilla is fully poseable, with over 25 points of articulation. The figure measures 12 inches from head to tail and comes in window box packaging with opening flap.