A few hours prior to the release of the Hunger Games Blu-Ray/DVD, we’re proud to give you a look at The Hunger Games Series 2 action figures. They’re currently shipping, along a brand new line of products, including a series of The Hunger Games WalMart exclusives that you can check out at the end of the page. 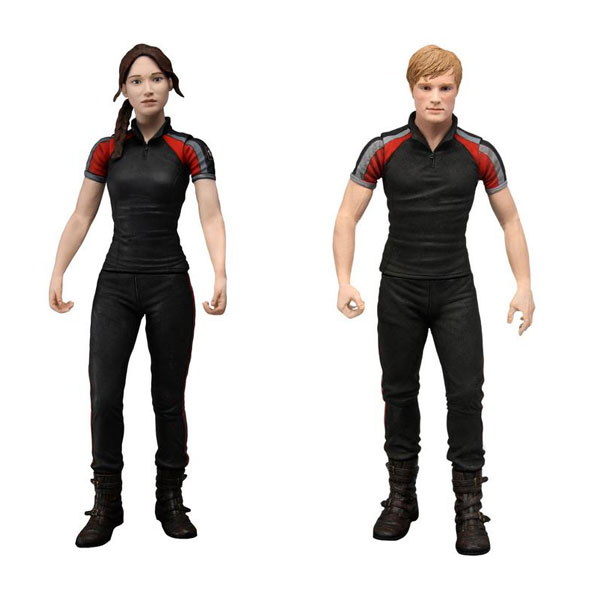 Not wanting to limit themselves to one or the other, Katniss and Peeta are both styling the training outfits they wear in the first Hunger Games movie. Katniss includes a bow and arrow, and Peeta has an interchangeable left forearm in tree camo. Both figures are about 7″ and fully poseable.

But that’s only half the story!

Katniss and Peeta probably would’ve made for a great series on their own, but we’ve also got two Toys ‘R’ Us exclusive figures of Cato and Rue as part of Series 2! 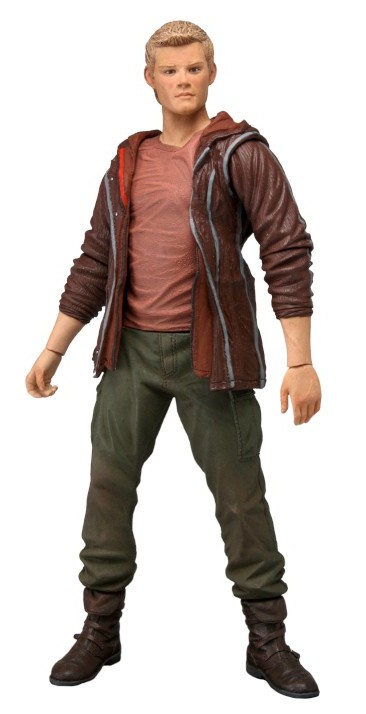 A Career Tribute from District 2, Cato is ruthless and unsparing at 7” tall with ball-jointed neck and shoulders. Cato also comes with insert molded ball-hinged elbows, ball jointed wrists, swivel waist and ankles and is determined to win the 74th Hunger Games.

Our WalMart-exclusive The Hunger Games line is huge! If you haven’t seen it yet, pop over to the full assortment and have a look. We’ve got stationary for back-to-school time, t-shirts, jewelry, the Mockingjay pendants, earrings, iPhone 4 cases and more, plus my personal favorite, the Mockingjay headphones: 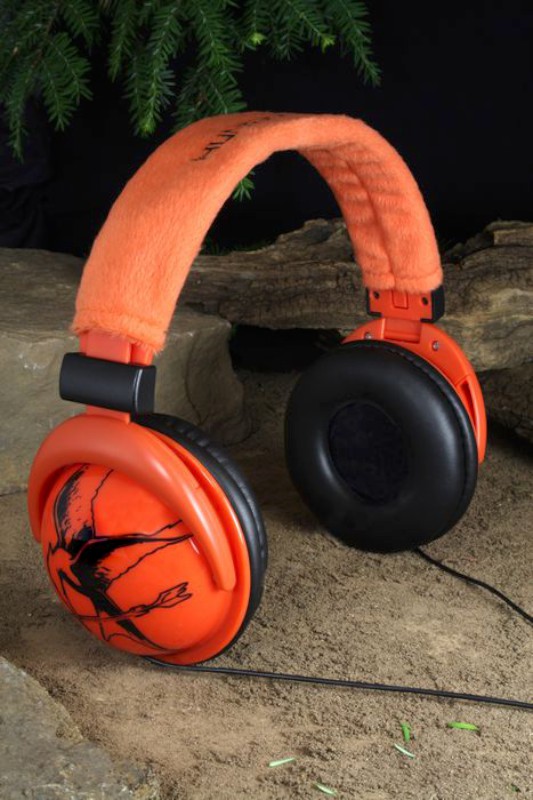 These orange Mockingjay headphones are just too cool for words. Full stereo, 90 degree swivel, and they even fold up for easy storage. You can’t ask for anything more.

Though if You Wanted to, You Could Ask for More…

And you’d get it! There’s still time to pre-order your Hunger Games DVD or Blu-Ray from Walmart and enter to win a trip to L.A. for the Catching Fire premiere. Details below: 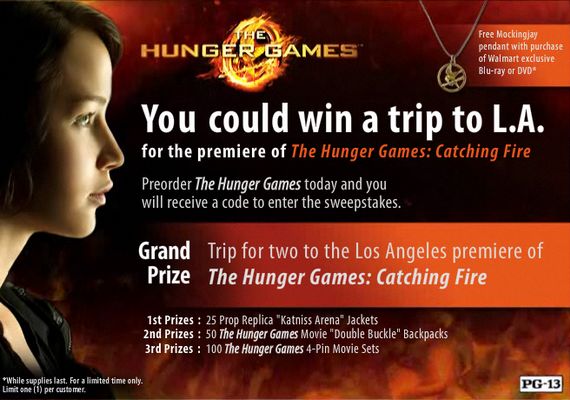 Even if you don’t win that, you can still pick up your Hunger Games DVD tomorrow at midnight at Walmarts across the country, and if you’re in select cities, hit up one of several “District Parties” for the midnight release! Each District Party includes

With the release of Catching Fire coming next year and Mockingjay after that, you can expect no slowdown on the Hunger Games action! Don’t forget to pre-order your Series 2 figures and pick up The Hunger Games on DVD or Blu-Ray!