Under the Mask: Friday the 13th Part 4 Action Figures Revealed!

Series 1 just hit shelves this summer, and with regular and battle damaged versions Series 2 continues to bring you the definitive versions of Jason Voorhees as he’s never been seen before!

What are you trying to do, kill me? — Trish

Figures are set to ship early next year. Here’s a closer look at the latest from this all-time horror classic! 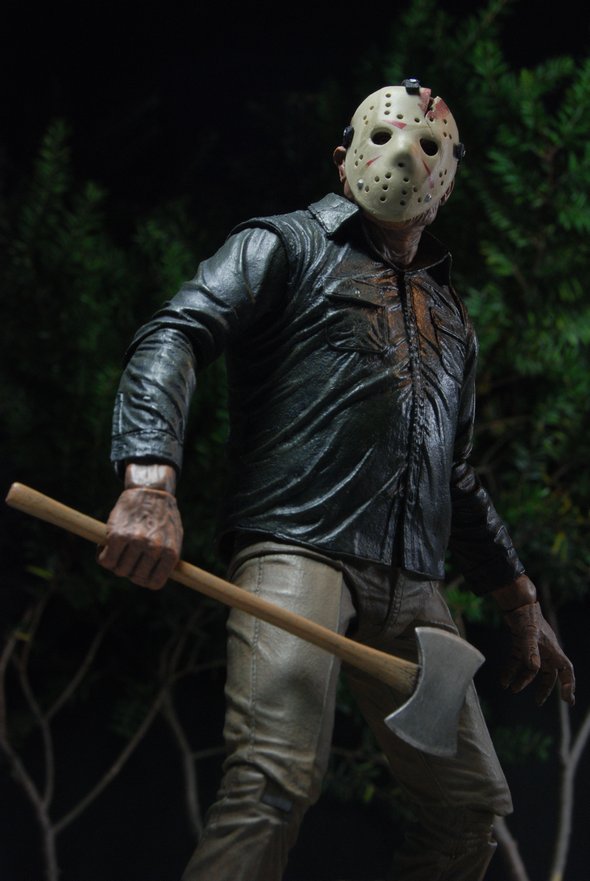 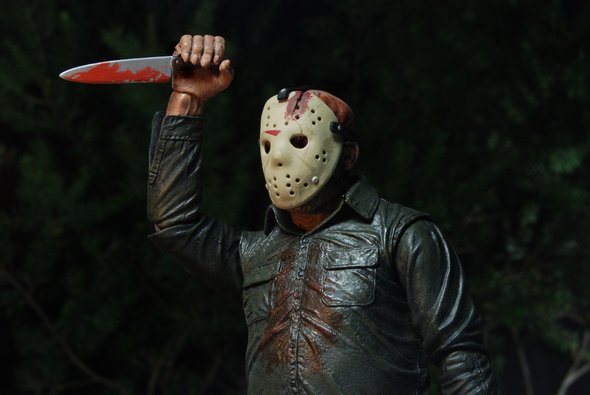 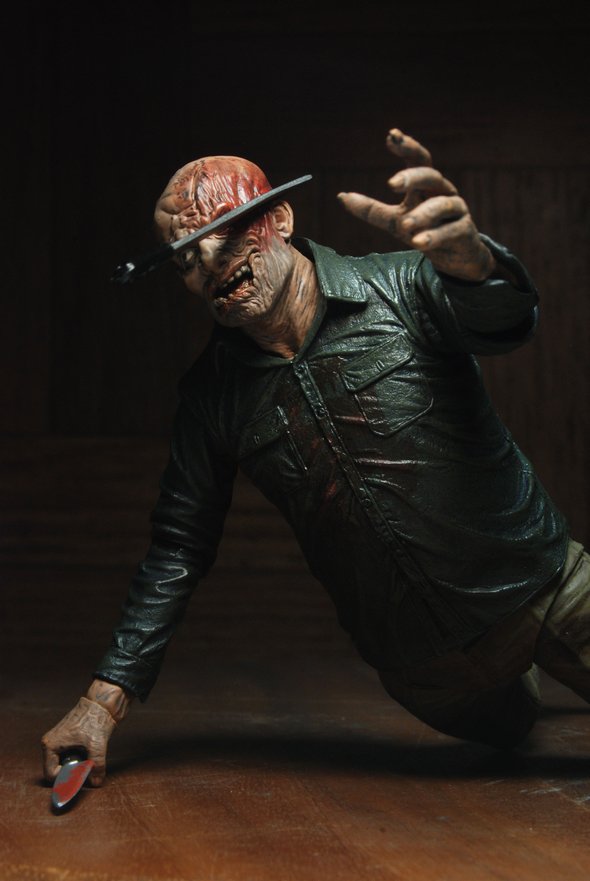 Masks are removable and Weapons include machete, double headed axe, and knife. Jason stands approx 7.5″ tall and has over 25 points of articulation.

Not Our Final Chapter Either

Wouldn’t it be something if the Friday the 13th saga actually ended with “The Final Chapter?” That was almost 30 years ago, and Jason Voorhees — who was already dead by then three times over! — has never been more alive!

And for the ultimate Friday the 13th experience, don’t forget our line of great prop replicas:

Don’t forget to give us your feedback on Friday the 13th Series 2 on on Facebook, Twitter or G+!