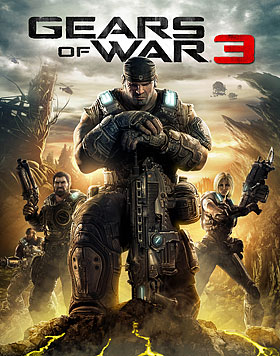 Amigos, there’s huge and then there’s the anticipation for Gears of War 3. Due out Sept. 20 (anyone see that episode of South Park where Cartman froze himself? Yeah, that’s me and this game) from Epic Games, the third installment in one of gaming’s most successful franchises of all time is the biggest yet for Marcus & Co. to once again take on the Locusts, Berserkers and all the rest with weapons the size of the average human torso and enough action to last a lifetime. Whether or not you actually get shot, you’re bound to be blown away.

And where would we at NECA be if we didn’t have a slew of GOW3 items ready to celebrate the game’s release? We’ve been sitting on our collective hands ever since it got pushed back from April, and we’re finally ready to let loose the cogs of war!

With so many items and so many different kinds of items, it’s hard to know where to start, but it’s impossible to ignore the awesomeness of our brandy new Butcher Cleaver prop replica. It’s 3 feet long and looks like it’s already seen a few 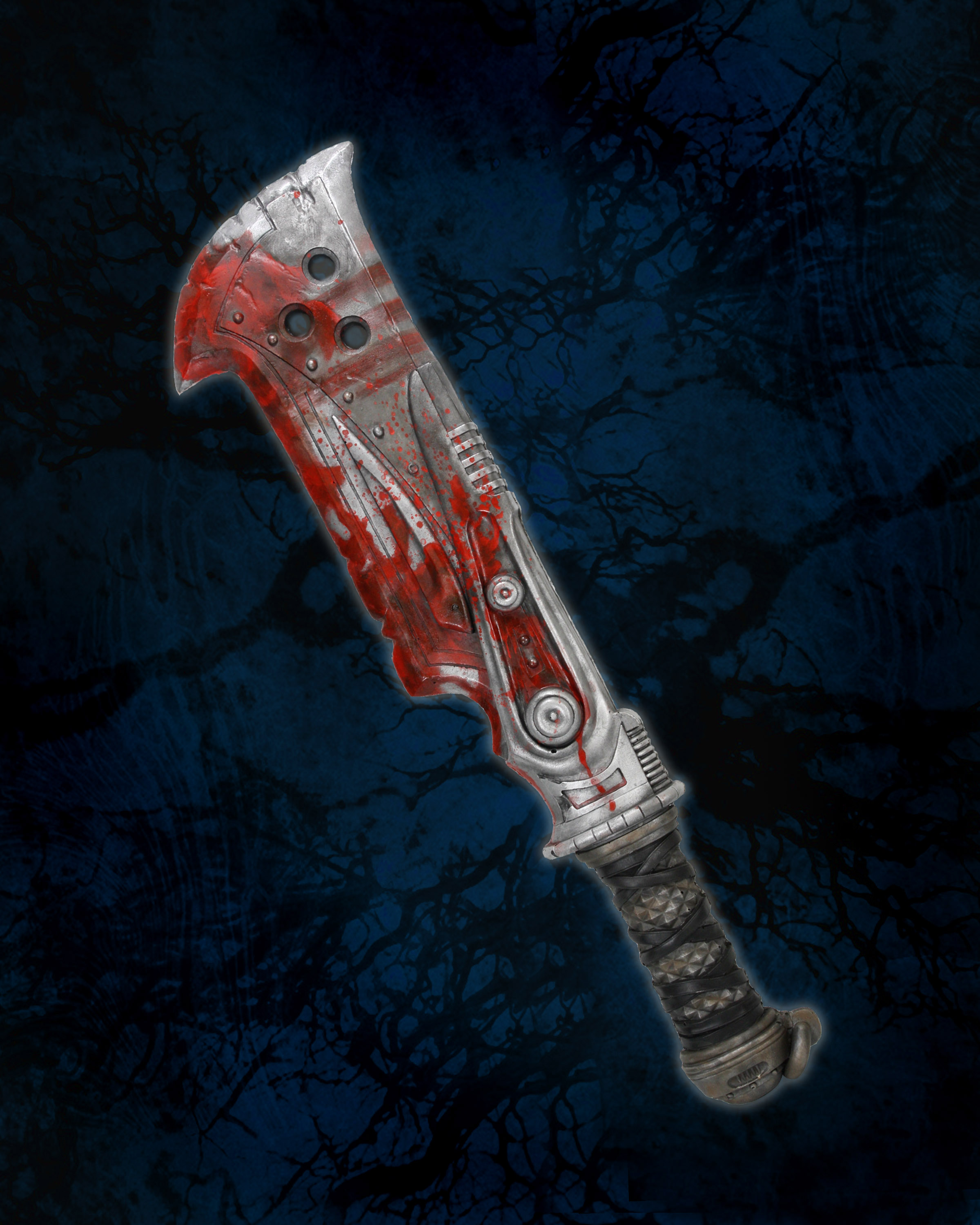 battles, but in case you were worried about losing any limbs, despite its gnarly appearance, the Butcher Cleaver’s made of foam, so when you knock over that lamp in the living room, it’s your melee to blame and not the weapon.

The Butcher Cleaver rules, no question, but it’s really just the tip of the Lancer. From messenger bags to adhesive bandages to new keychains, NECA has all the gear your Gears of War could ever need. There’s the vinyl wallet and wall scroll, both of which feature the GOW3 box art (the tin that some of those adhesive bandages come in does too), and a whole bunch of buttons, stickers and car decals for you to bring a little Gears into your life.

For those who just can’t be without it, though, there are the new dog tags and bracelets (rubber and metal), and we’ve also got a new

Vein Omen beanie to keep your head warm when they shut your heat off after you lose your job for missing so much work to play. There’s also a new bandana, belt buckle and, to wipe the sweat from your brow (assuming that whole no-heat scenario doesn’t play out), a terrycloth wristband featuring Marcus Fenix’s symbol and the game’s logo.

And if you’re thinking all that still isn’t enough, we’ve also got two new drawstring bag sacks for you to keep all these items in. So there.

It’s a terrible pun to make, but clearly someone put us in Epic Mode on this stuff. Stay tuned for EVEN MORE to come on Gears of War 3 and all your favorite games, movies, tv and more!