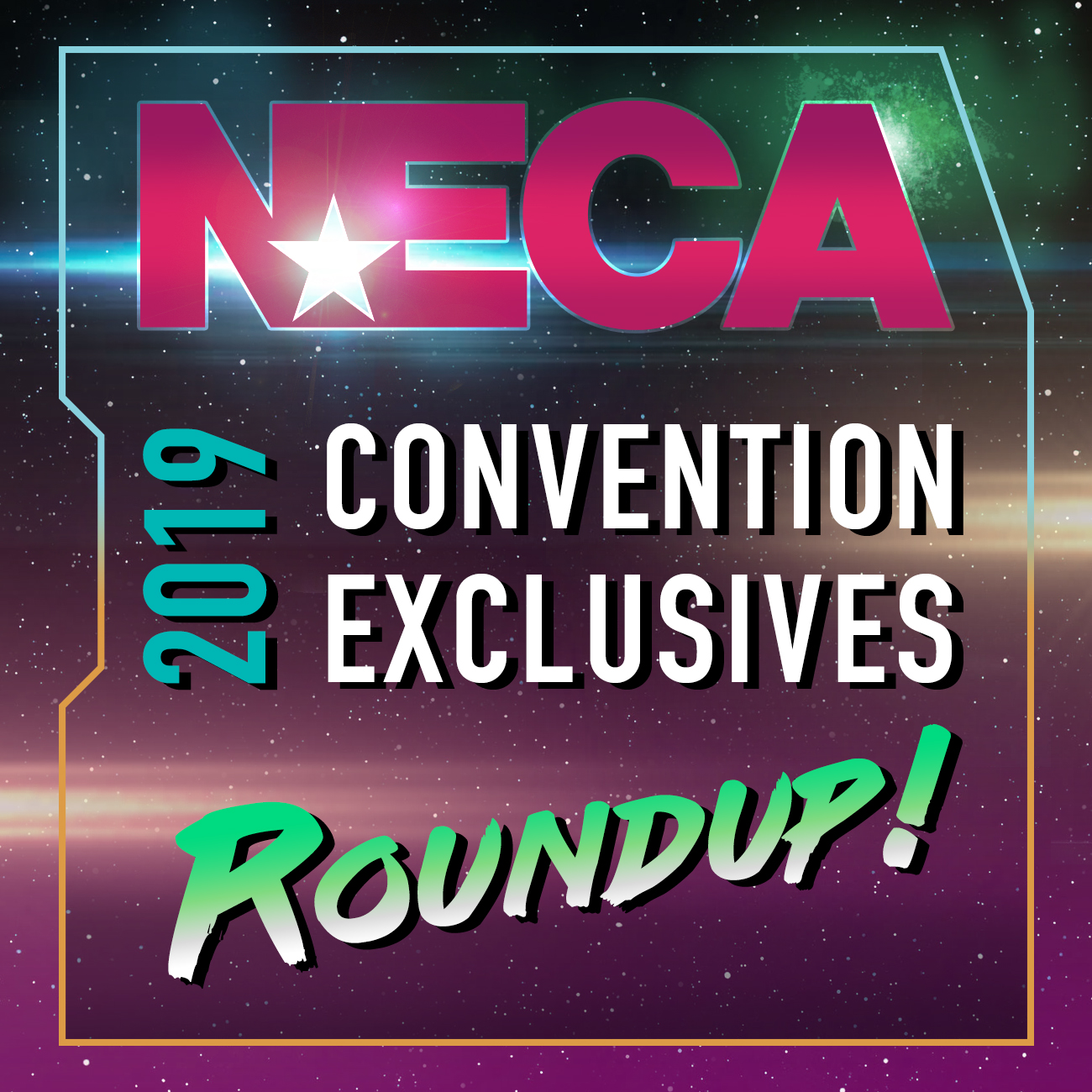 Con Exclusives – What, Where, When

This summer we have SIX awesome convention exclusives, which you’ll only be able to get during the Online Pre-Sale Event and at our booth at San Diego Comic-Con.
All 6 have been revealed below!
Keep reading for full details and pre-order information.

Great news for fans who can’t make it to SDCC — we will make a limited quantity of our exclusives available for pre-order online! Aside from visiting booth #3145 at the show, it’ll be the only way you can get these babies.

HOW IT WORKS: Each day we will put a set amount of stock up for sale – once that quantity is sold out, that day’s sale is over.

SHIPPING DETAILS: Pre-orders will be shipped to U.S. addresses ONLY. Shipping begins a week after SDCC but due to the volume of orders, some orders may not ship until mid-August.

PURCHASE LIMITS: 2 of each item per household. ***We take a hard stance on scalpers and bots. DUPLICATE AND BOT ORDERS WILL BE CANCELLED.***

Be sure to read the PRE-SALE FAQ, which is full of helpful answers and instructions.

Details, prices and images below — keep scrolling or use these links to jump:

After wading in a puddle of radioactive waste, four ordinary reptiles become more than just turtles, and are raised by the similarly transformed rat Splinter to become New York City’s greatest crime-fighting quartet. Their biggest enemy—and Splinter’s nemesis—is The Shredder, ruthless leader of the Foot Clan, a criminal organization that’s terrorizing the city. Yet is only after Splinter is captured by the Foot that the Turtles learn how far back his feud with Shredder goes…

This epic box set recreates the “Capture of Splinter” scene from the 1990 movie in 7” scale, all the way down to the in-box positioning! The set includes Splinter (with cloth robe), Shredder (with cloth cape), and two Foot soldiers, plus plenty of extras: manacles, a cardstock crate, and a weapons rack for storing all the Foot clan accessories.

From the acclaimed 2017 horror film IT, drawn from the pages of Stephen King’s original novel, NECA presents a very special edition of Pennywise based on the Derry Charter engraving.

The terrifying clown has been around for centuries, as evidenced by his appearance in an engraving of the Derry town charter, and this 7” scale figure has been detailed in an “engraved” style to match. Comes with 2 head sculpts and two balloons.

Strike first – strike hard – NO MERCY! From The Karate Kid, the iconic ‘80s film that sent a generation of kids rushing to enroll in karate classes, comes this clothed action figure of John Kreese!

The fearsome sensei of the Cobra Kai dojo wears his black gi and sports his distinctive tattoo of a fist clutching a cobra. The fully articulated figure stands approximately 8” tall and features an authorized likeness.

This collector’s version of the boy who will become the leader of the future resistance features an authorized likeness and, of course, his iconic dirt bike, which comes with its own display stand. The 7” scale figure has over 25 points of articulation, and also includes 2 interchangeable heads, removable backpack, hacking device, and Endoskeleton arm in display case.

In the 1995 Superman/Aliens comic book mini-series co-published by DC Comics and Dark Horse, Superman faces the ferocious Xenomorphs on a search-and-rescue mission to a planet without a yellow sun, the source of his immense power.

This action figure 2-pack is inspired by classic comic book mash-ups! This set is based on a DC/Dark Horse mini-series and comes in window box packaging with embossed opening flap.

In the 1991 Batman Versus Predator comic book mini-series co-published by DC Comics and Dark Horse, the hunter becomes the hunted as Batman faces a deadly Predator stalking Gotham.

The set includes two brand new, 7” scale comic book based figures, both with over 30 points of articulation. Batman features a fabric cape and comes with a gun and bat accessory. The Predator features 2 heads, removable backpack, retractable wrist blades and spear accessory.”

This action figure 2-pack is inspired by classic comic book mash-ups! This set is based on a DC/Dark Horse mini-series and comes in window box packaging with embossed opening flap.