He just wouldn’t be Batman without those wonderful toys.

Let’s face it, without his gear, Batman’s just a crazy millionaire in a cowl. So when it comes to our recently unveiled 1/4 Scale Batman (1989) Action Figure, we didn’t forget that the devil’s in the details.

You ever dance with the devil in the pale moonlight? – The Joker

Fresh off a massive round of reveals at NY Toy Fair 2013, our very own Randy Falk took to the Twittersphere to give a special Behind-the-Scenes first look at 1/4 Scale 1989 Batman’s accessories: 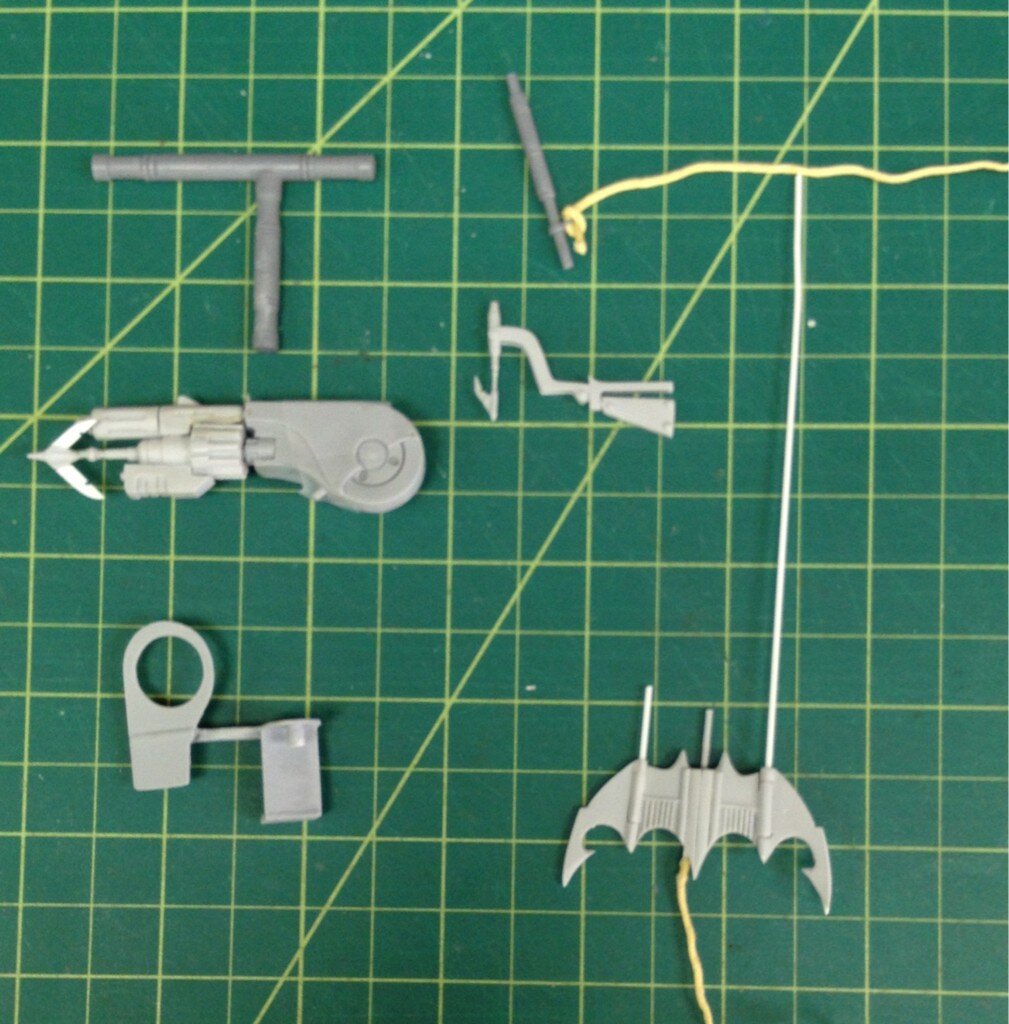 Randy also confirmed that 1989 Batman will have a Batarang, Grappling Gun, and extra sets of hands, and the cape will be soft goods, made from fabric and pleather as seen at Toy Fair:

@NECA_TOYS What kind of items will be coming with 1/4 89 Batman? and what is cape made of?Matt Stein
@fireball13z extra hands, batarang, grapple gun, it’s pleather & other fabric for lining. Looks amazing as you’ve seenNECA
Where does he get those wonderful toys? BTS – first look at accessories for Keaton Batman ’89 http://pic.twitter.com/9xX2tz99NECA

Based on the iconic 1989 film that defined Batman for the modern generation. We are honored to present this 18″ tall poseable figure featuring Michael Keaton’s likeness, utility belt, batarang, grapple-gun, interchangeable hands, and loads more. Featuring over 20 points of articulation, incredible detail, and a real fabric cape. This is a must-have for Batman fans and collectors.

The figure is set for release in late summer. Stay tuned for more Behind-the-Scenes looks at Batman (1989) and its companion piece, the Batman (1966) 1/4 Scale Action Figure!

Who’s your favorite movie Batman? Drop a line and let us know on Facebook, Twitter and Google Plus!