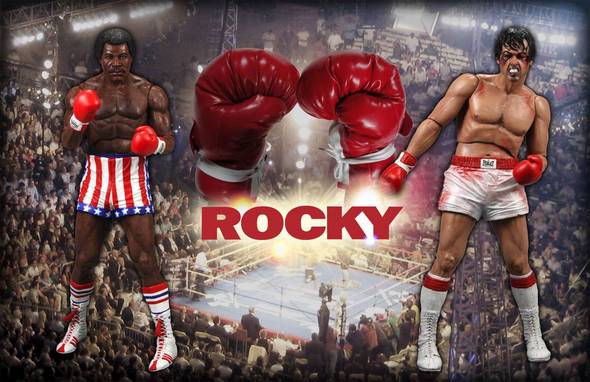 If you dont follow Randy on Twitter, you’re missing out on a TON of awesome behind-the-scene shots and news.

Today, we’re going to recapitulate on all of the Rocky goodies he’s tweeted about in the past week or so and show you some EXCLUSIVE shots of the finalized figures. These figs were announced & debuted protos at San Diego Comic-Con this past July.

You better have your feet working right: 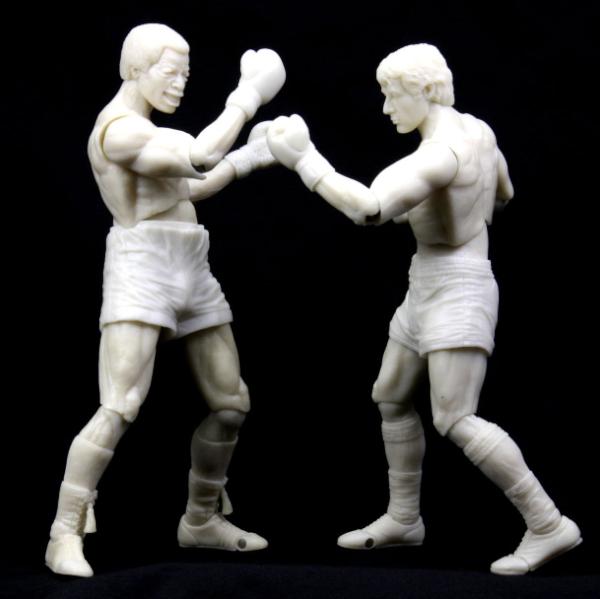 These figures have an extensive amount of articulation points, expanding upon our recent articulation work on the Gears of War 3 Action Figures. The hips are are ball and swivel and move pretty well even with the sculpted shorts. We have articulation points from head to toes (seriously, toes!).

Yes, both Balboa and Creed will have battle-damaged figures as well as the pre-fight variants! 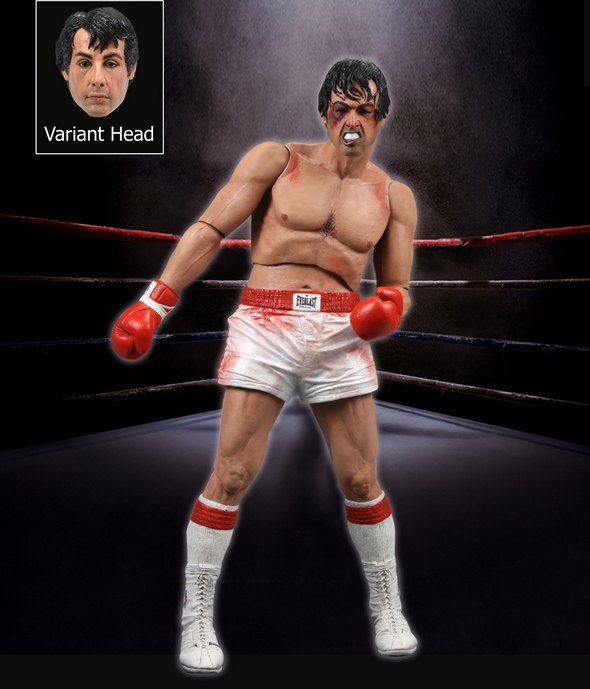 As usual, our artists focus on accuracy and realism. For several months, when walking into our studio, not only did you see Rocky figures in progress, but you might have wanted to sit down to watch Rocky, as the entire movie collection was available for reference.

There’s no easy way out… 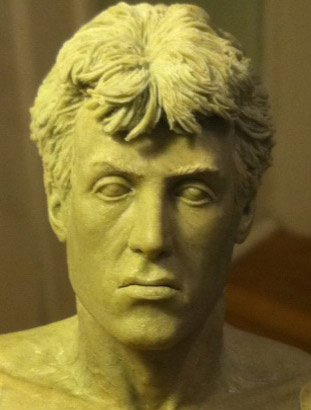 And @ShiftyHenry said Rocky was one of the most accurate portraits he’s seen from us. Who are we to argue? Rocky certainly looks awesome.

From The Official Info Release

A legacy spanning 35 years and 6 films, generations of fans have been waiting for movie accurate action figures of the Italian Stallion and his famous opponents, and in 2012 NECA delivers. Based on the original 1976 film, Series 1 includes Rocky Balboa and Apollo Creed from their historic fist fight. Rocky and Apollo come in both clean and fight damage versions featuring different head sculpts and unique decoration. Figures stand 6 3/4” – 7” tall and are fully poseable with over 25 points of articulation and are highly detailed. 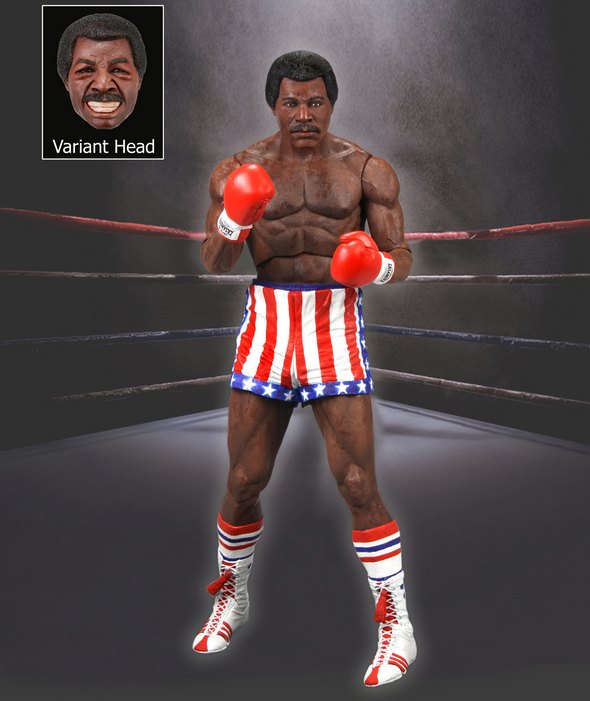 Let’s go through a few FAQs, shall we?

Will You Have Any Non-Ring Attire Figures?

Sorry, but no. Only ring and fight versions planned at this time.

Do we Intend To Do All 6 Films?

We’re planning on the first 4 films for now, I, IV, III, and then back to II.

Drago & Rocky IV are up next. Stay tuned!

These figs will come in high-quality clamshell packaging.

Can we See More?

Of course! Here’s the unpainted Rocky figure in action shot: 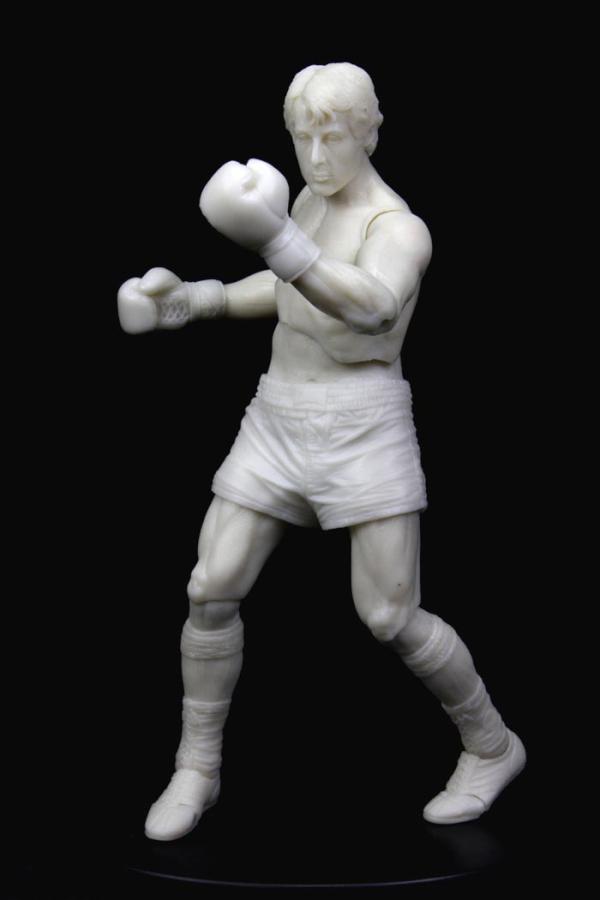 What else do you want to know about Rocky? Did we miss anything? Let us know on Facebook or reply to Randy on twitter.