How are we celebrating 30 years of Freddy? With this, for starters!

The one and only Freddy turns 30 this year, and to thank him for three decades of sheer terror, we’ve created the DEFINITIVE Freddy action figure, loaded with accessories straight from the original Nightmare on Elm Street and packed in a custom illustrated window box.

Behold… Ultimate Freddy! Thirty years later and still ready to kill you in your sleep at a moment’s notice. Respect. 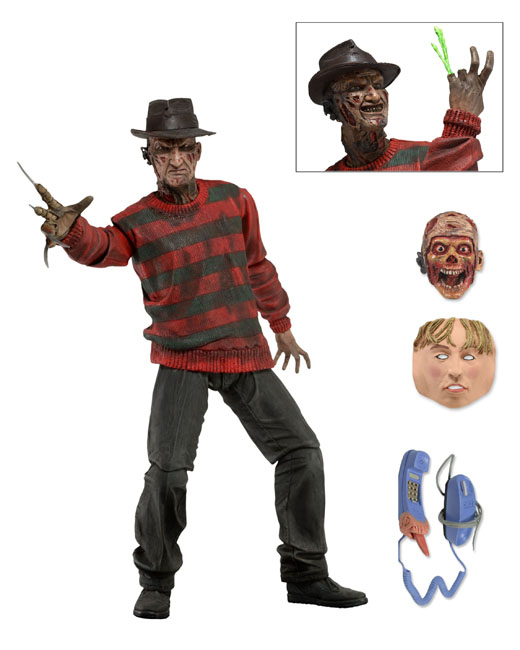 Freddy features an interchangeable left hand with two fingers cut off and comes with dead skin mask, tongue phone, and his trusty fedora. Loaded with features, detail and articulation — this is the Freddy figure to own! Packaged in a Deluxe 30th Anniversary window box.