Predators, Freddy and Kick-Ass 2 weaponry are headed out this week!

Have a quick gander at the NECA Events Calendar (https://necaonline.com/events) and you’ll see it’s a busy week. We’re shipping out the latest 1/4 scale Predators, the next series of A Nightmare on Elm Street 7″ Action Figures, and three awesome prop replicas from Kick-Ass 2.

Just because they’re shipping to retailers now doesn’t mean they’ll be on shelves this week — check with your favorite retailer for that info — but here’s a quick rundown of everything that’s headed out from our warehouse starting this week: 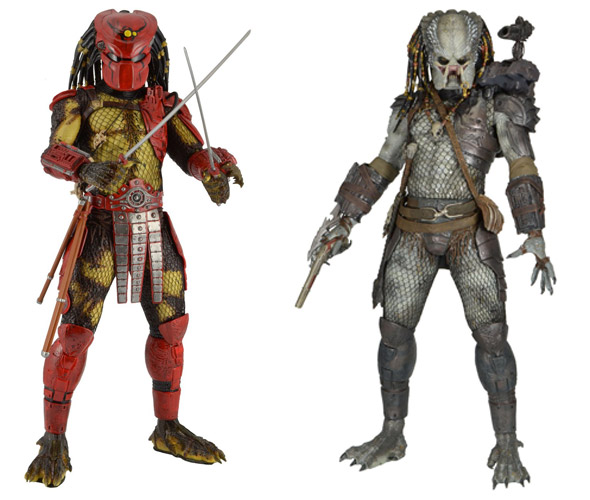 One of the most popular 8″ Predator figures released in 2012 was the Series 7 Big Red from the classic fan film, Dead End. This summer marks the 10th Anniversary of that fan-made movie milestone and we’re celebrating with a 19″ tall 1/4 scale version of Big Red. Adorned with his unique red helmet, red armor, golden wrist blades, and samurai swords, the Big Red Predator is an impressive sight to behold. Includes 2 pairs of hands and 2 swords with sheaths with incredible detail and decoration along with separate fabric body netting.

The Elder (aka Greyback, the leader of the Lost Tribe of Predators as seen in Predator 2) finally receives the deluxe 1/4 scale treatment. Featuring new and improved detail and sculpting, we have gone back in and improved on our original Elder sculpt in every way to make this 19″ version even more special. Elder includes interchangeable hands, sword and pistol along with a new shoulder cannon, belts and straps. Incredible detail and decoration bring Elder to life along with the use of separate body netting. 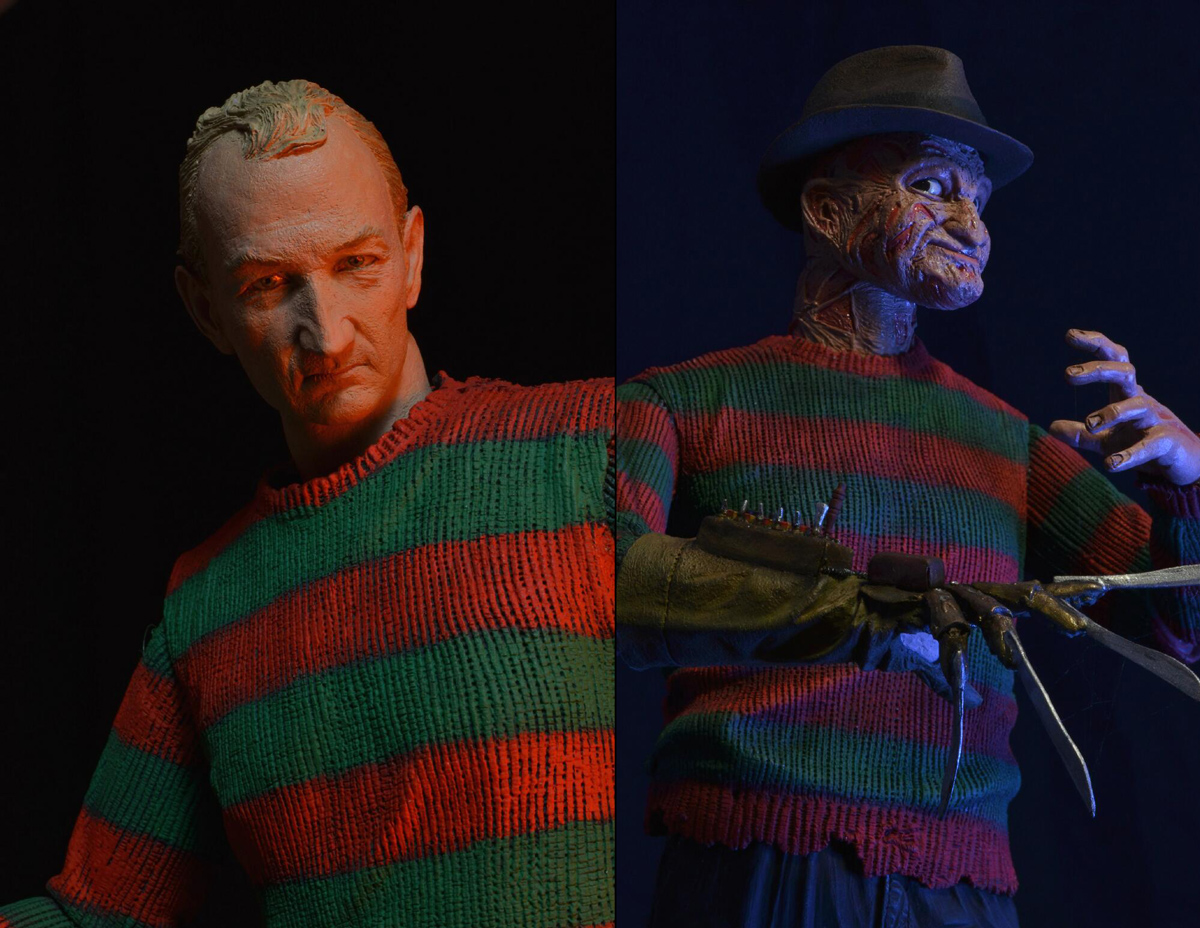 Also from Freddy’s Dead, we have “Fred Krueger: The Springwood Slasher” featuring the likeness of actor Robert Englund as Freddy before the burns, in his human form with photo-realistic portrait, gloved right hand, unburned left hand, and removable hat. This is how Freddy looked before he became the monster that haunts your dreams.

Modeled on the actual prop used on screen by Chloe Moretz in Kick-Ass 2. Foam with detailed paint deco looks just like the real thing, but is perfectly safe. Measures 40″ long.

“Betsy Ross” was modeled on the actual prop used on screen by Jim Carrey in Kick-Ass 2. Foam with detailed paint deco looks just like the real thing, but is perfectly safe. Measures 28″ long and 8″ around at its thickest end.