Hey, we can’t blame you for a little Claptrap mania. Helpful as the little guys are in navigating around Pandora, we want as many of them around as possible too.

After the love the first Claptrap got, and the response to the Limited Edition Blu14 Claptrap, we couldn’t stop there even if we wanted to!

The latest is the Jakobs Brand Claptrap, which shows up in Jakobs Cove. Randy Tweeted the first look at the fanciest Claptrap yet, and here it is! 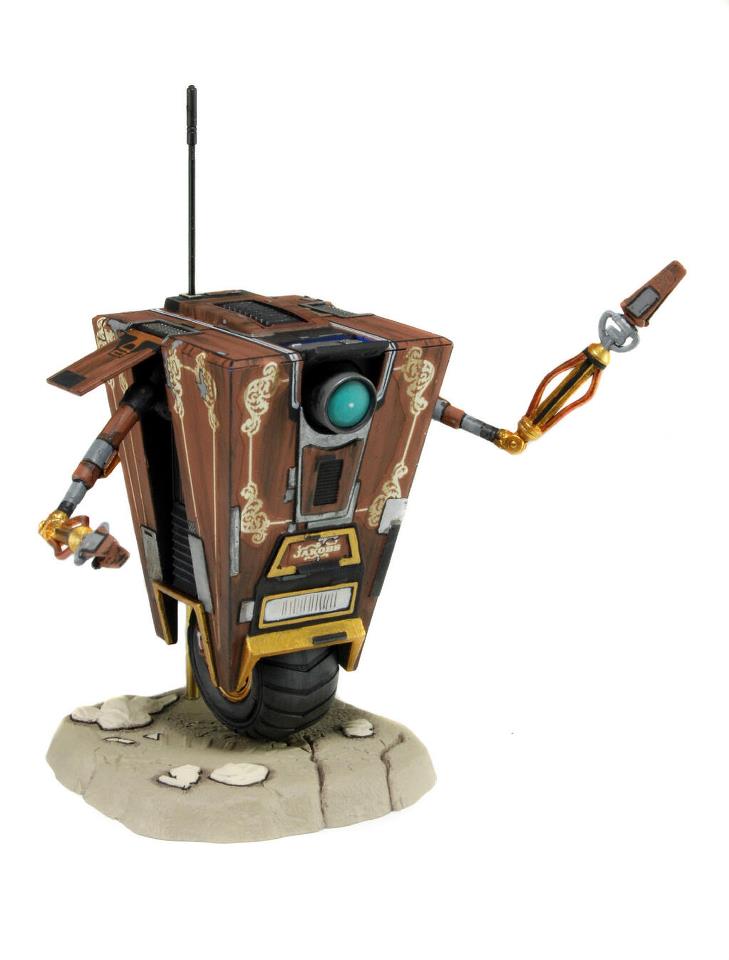 “Been a long time since I came back here. Feels like coming home again, except for the zombies.” — Jakobs Claptrap

The Jakobs Brand Claptrap will be hitting stores this June. Retail pre-orders start this week.

And don’t forget our other great Borderlands figure for Psycho from Series 1!

Think we’re done with Claptraps? Not a chance! Pick your favorite and let us know on Facebook, Twitter and Google Plus!