As we previously revealed in our 2012 SDCC schedule of events, Morgan Spurlock will bring some of his friends to Room 8 on Friday, July 13, for the official announcement of Marvel’s All-Winners Squad. New info has come to light on exactly what all of those words mean. Dig it:

The “All-Winners Squad” is an ensemble of Marvel cult favorites. Together these previously overlooked characters are destined to make an impact in their own irreverent way. At long last, the All-Winners Squad will break free from comic book pages and obscure corners of the internet, spreading their unbridled awesomeness to fans everywhere. — Marvel Comics

In the wake of so many life-changing comics and mega-huge blockbusters like The Avengers and The Amazing Spider-Man — that’s in the last two months alone — Marvel is once again flipping the script at SDCC 2012, and we’re going to be right there with them.

As Spurlock and friends make their big announcement, NECA will be on hand with limited-run t-shirts featuring All-Winners Squad characters.

We’re only bringing 500 of each for Squirrel Girl, Hypno-Hustler and Unicorn, so make sure you get ’em while you can. We’re booth #3145! 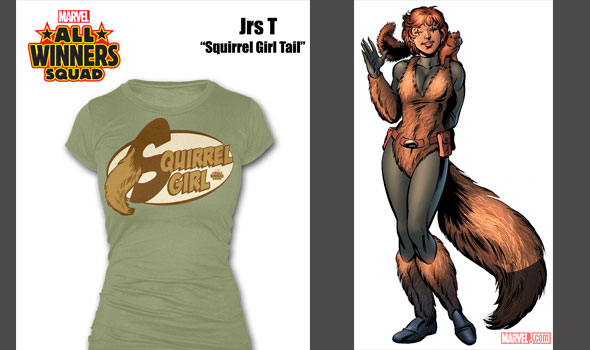 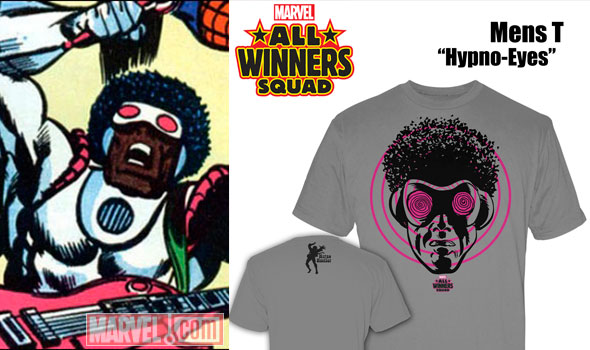 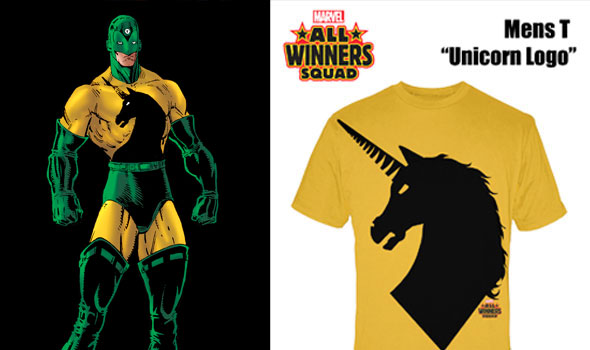 Shirts will be priced at $40 each. If you can’t make it to Comic-Con, our good friends over at Hot Topic have 250 additional prints of each shirt they’ll be selling starting at Midnight tonight!

Don’t miss your chance to get one of these limited shirts through Hot Topic:

We’re at San Diego Comic-Con booth #3145 all weekend, and we’ll have Spurlock at the booth for a signing earlier Friday, where you can get your Comic-Con exclusive edition of the Comic-Con Episode IV: A Fan’s Hope DVD that comes with Morgan Spurlock and Joss Whedon action figures!

There’s no time of the year like Comic-Con time, and as always, we look forward to seeing you there! Stay tuned for more to come!