You’d be hard pressed to find two more completely different properties, but Team Fortress and Carrie FINALLY have something in common: They’re both heading out of our warehouse and toward retailers this week!

The Carrie assortment comes from the 2013 remake of the horror classic, and the newest Team Fortress figures feature Heavy and Soldier as part of Team RED. Two very different looks, very different feels, but both gorgeously sculpted and completely movie/game accurate. Check it out: 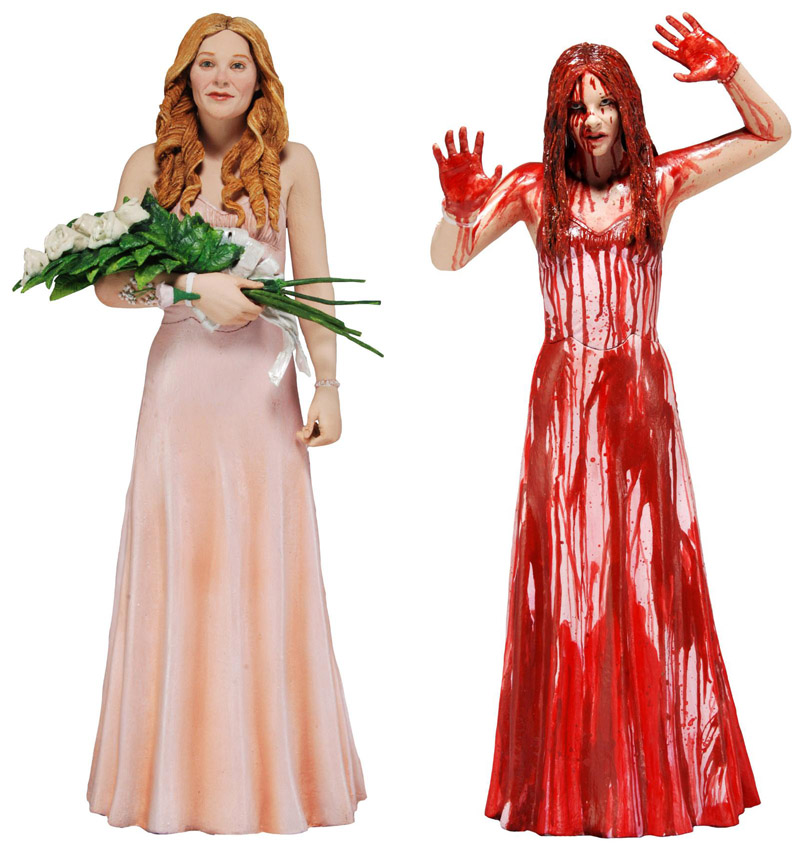 This action figure assortment includes two versions of Carrie. One is a beautiful Carrie, flower bouquet in hand, glamorous & elegant at the start of her prom night. The other is a furious Carrie, unleashing her rage, covered in blood from head to toe. It’s a frightening sight to behold. 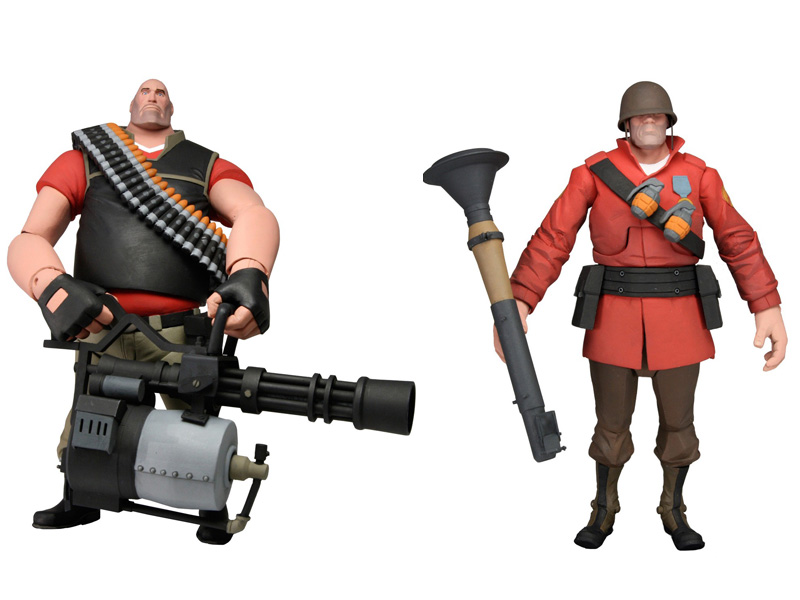 From one of the most successful games in the Valve library comes this new Series 2 collection of detailed action figures, faithful to the animated look of the Team Fortress characters. Series 1 was an instant sell-out and Series 2 is in high demand.

The Soldier and the Heavy stand over 6.5″ tall and feature over 25 points of articulation! Both figures come with their signature in-game weapons and accessories, as well as an in-game code to unlock exclusive content in the Team Fortress 2 game!