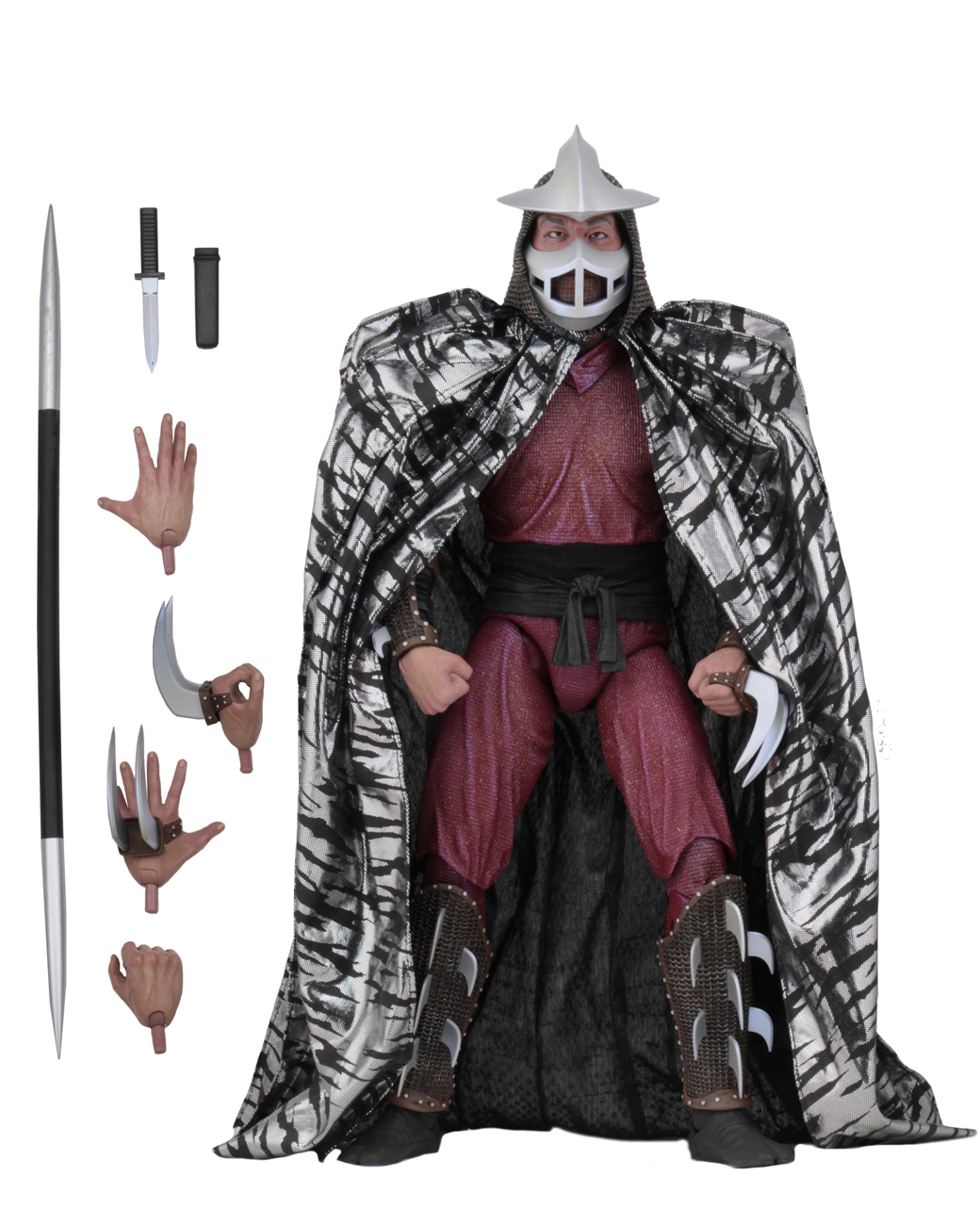 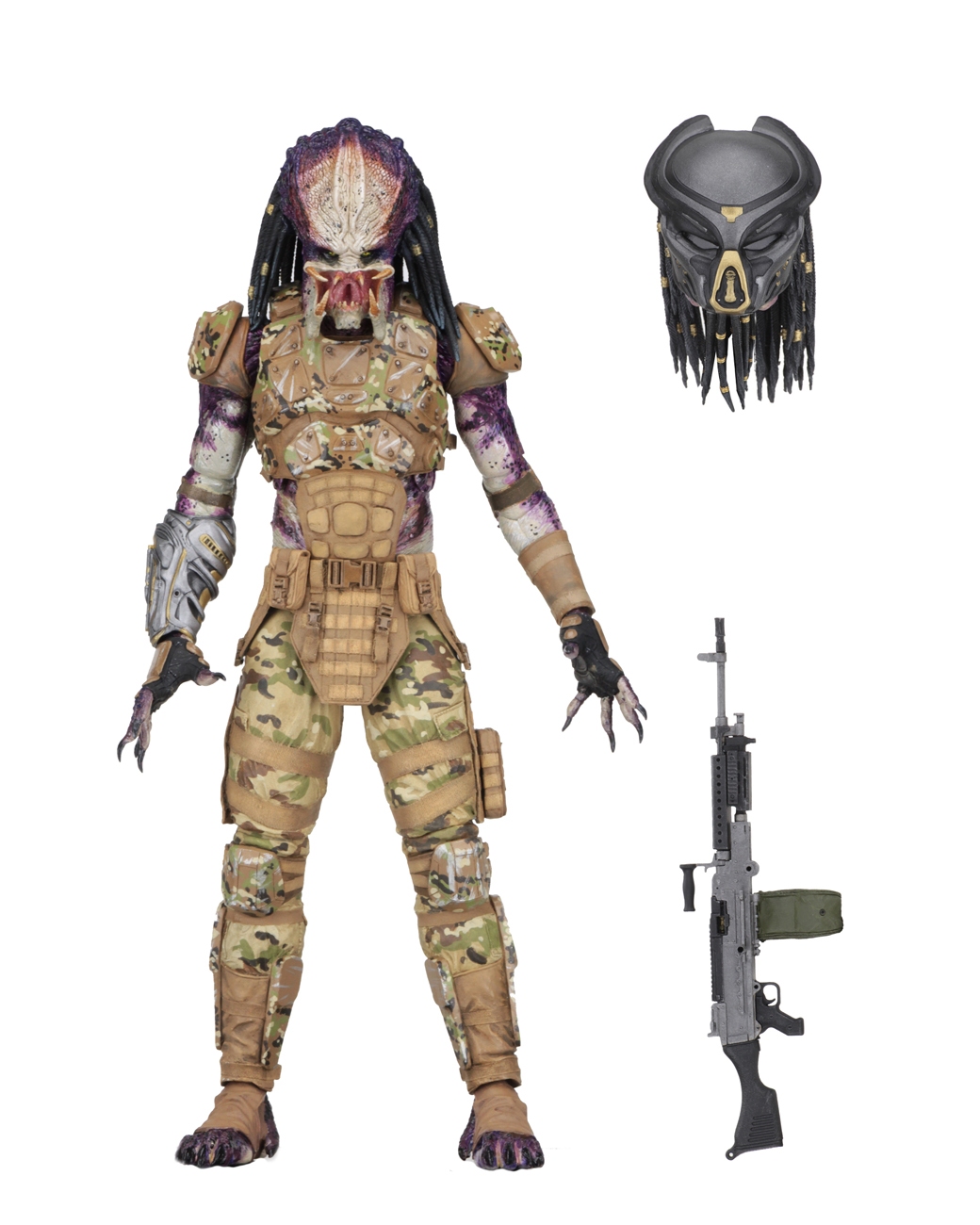 From the new Predator movie directed by Shane Black! Although their scenes were deleted from the final cut of the movie, the Emissary Predators were military Predators who fought alongside the Loonies.
Emissary #1 stands over 8” tall and features 30 points of articulation. Includes interchangeable masked and unmasked heads, 2 pairs of hands, and rifle accessory. Comes in collector-friendly deluxe window box packaging with opening flap. 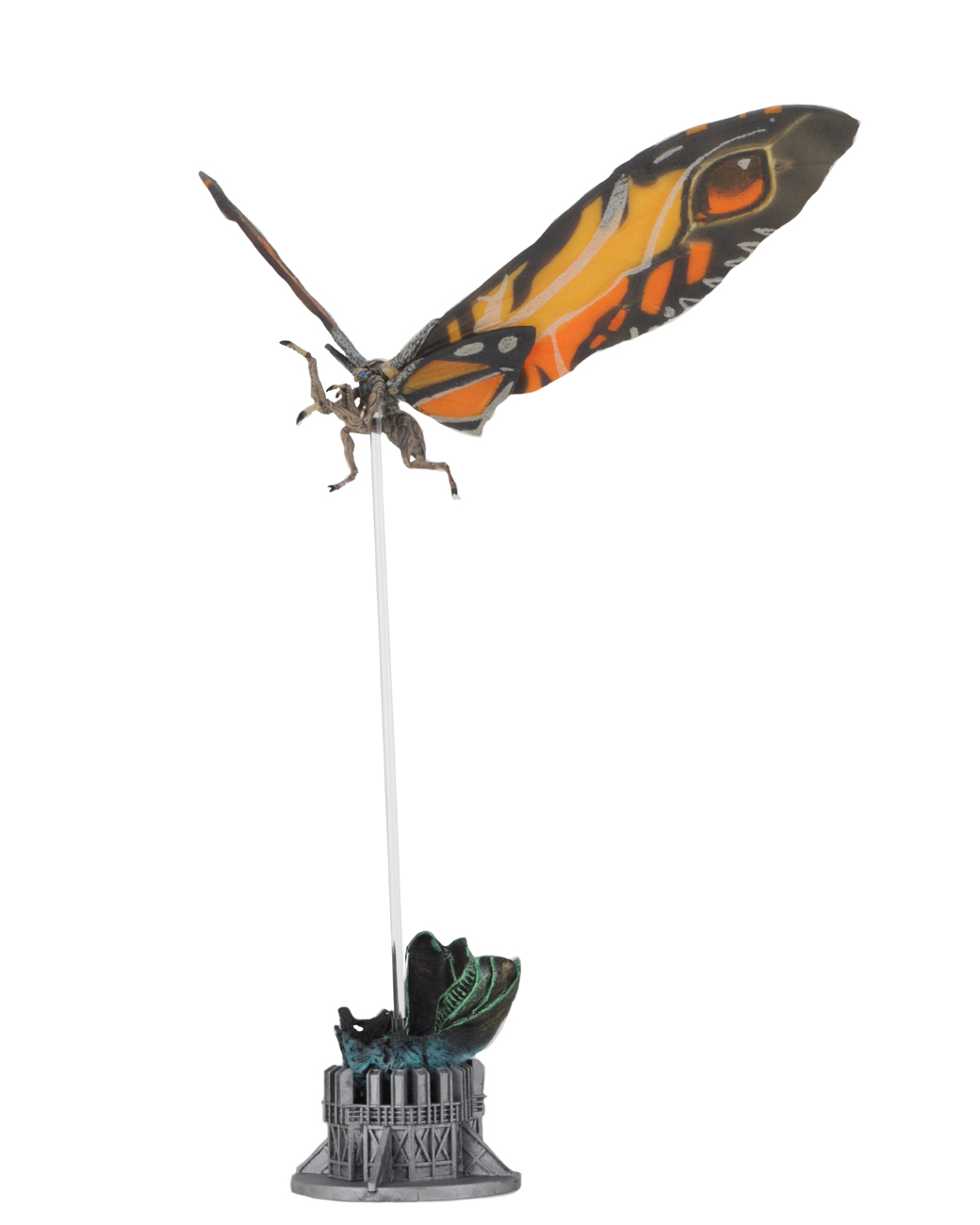 NECA is thrilled to present its second figure from the new Godzilla: King of the Monsters movie!
Based on the monster’s on-screen appearance in this sequel to the 2014 Godzilla movie, Mothra features articulated wings and includes a themed display base with support rod for simulated in-air poses. The figure measures nearly 12 inches in wingspan and comes in window box packaging with opening flap. 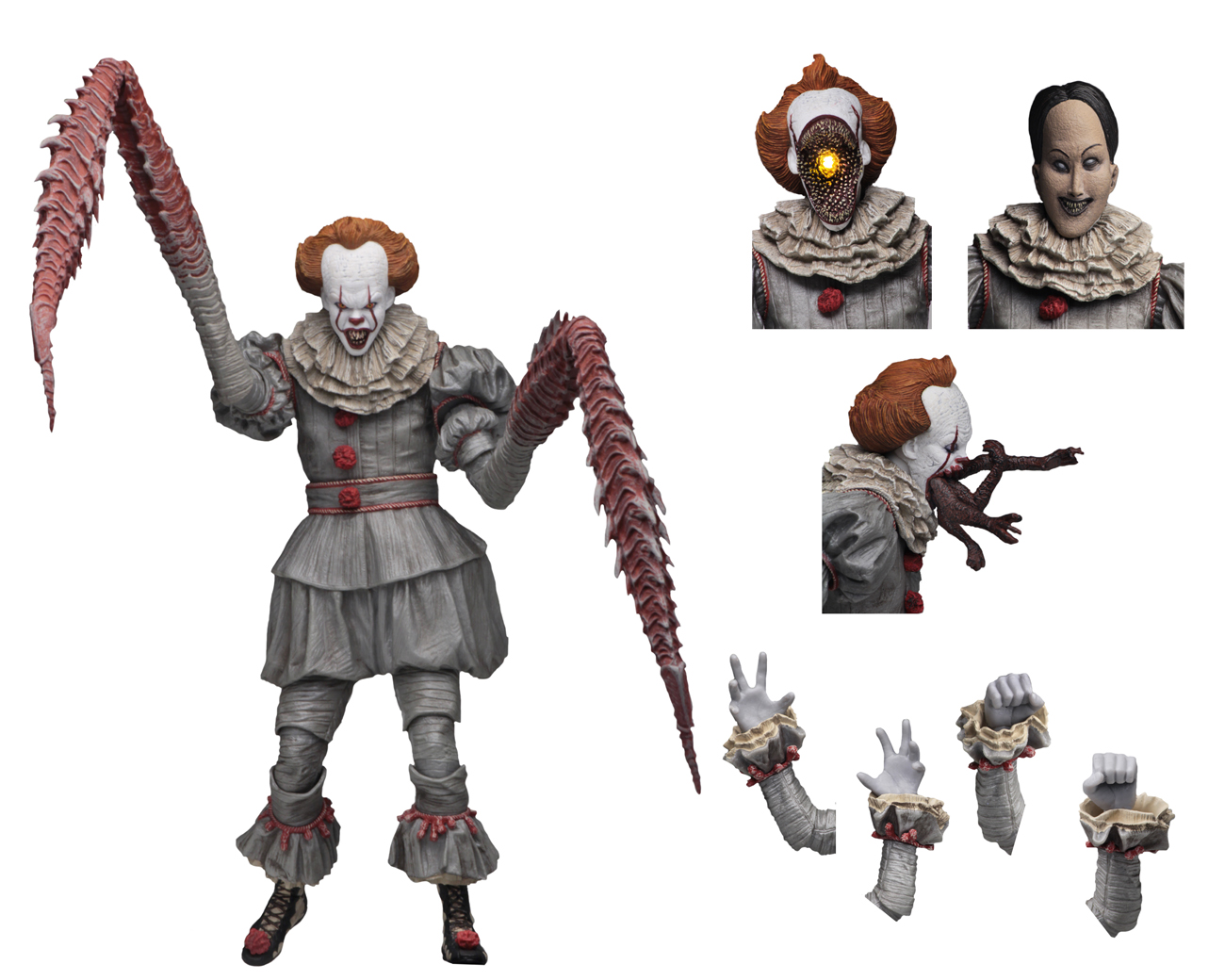 From the acclaimed 2017 horror film IT, drawn from the pages of Stephen King’s original novel, NECA presents Pennywise: The Dancing Clown!
Based on Bill Skarsgård’s portrayal of the nightmare-inducing clown, this 7″ scale figure has been painstakingly detailed to be as accurate to Pennywise’s ornate costume as possible, and is presented in an Ultimate format with special packaging and LED lights inside one of the heads. This version features 4 head sculpts, 3 of which are all-new heads: “Judith” Painting Head, “Emerging Arms” Head, and Light-Up “Deadlights” Head with LED light inside the mouth. The figure also includes interchangeable articulated insect arms, interchangeable forearms, and 2 pairs of hands.
The special window box packaging has a fold down flap in homage to the Dancing Clown scene from the film. Uses button cell batteries, included.