Heroes and Monsters Rolling Out Now!

Dare we call this week’s shipments “battle-tastic”? Yes! Alongside the highly anticipated Pacific Rim 18″ Knifehead, we’ve got a reissue of the most popular 7″ Scale Jaegers from the movie, plus a retro-style Hero Ash from Evil Dead 2 (a.k.a. Bruce “The Chin” Campbell). 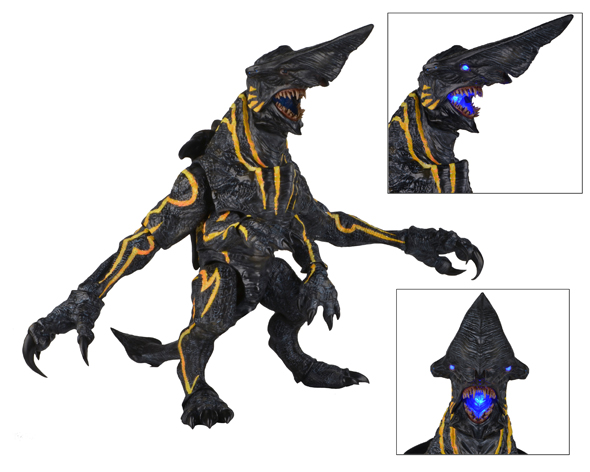 The most MASSIVE Pacific Rim action figure you can imagine! Over A FOOT AND A HALF tall! Over 2 FEET WIDE! And with LED lights to provide a toxic glow! The gargantuan Knifehead is simply amazing, with over 25 points of articulation, including an opening jaw and articulated talons. This massive Kaiju can battle your 18″ Gipsy Danger and be the centerpiece of your figure collection. 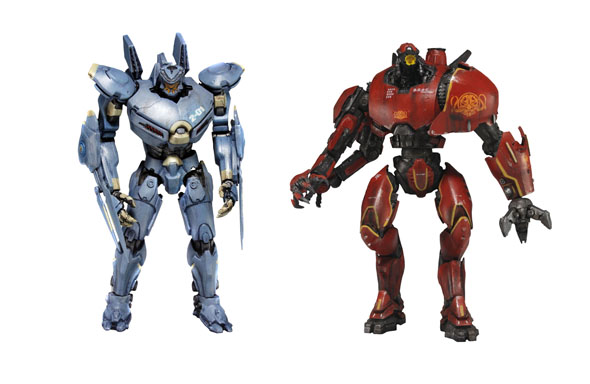 By popular demand, we are bringing back two of the most sought-after Jaegers from our sold-out Pacific Rim line for those who might have missed out! The after market prices for Striker Eureka and Crimson Typhoon have soared past triple their original retail prices, so here’s one last chance to add these iconic figures to your collection.

*This is a limited edition re-issue assortment, and it will be marked as such on the packaging to preserve the value of the original Series 1 & 2 releases for collectors. 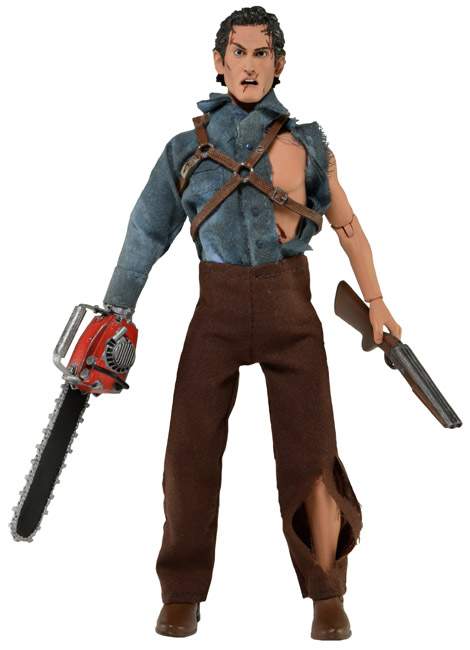 This poseable 8″ figure is dressed in tailored fabric clothing similar to the retro toy lines that helped define the licensed action figure market in the 1970s. Hero Ash is based on his iconic Evil Dead 2 appearance with the infamous chainsaw on his right arm, torn shirt and sawed off shotgun (with holster on his back for storage). Blister card packaging with removable protective clamshell and custom illustrated artwork.

Stay tuned for more shipping news from the NECA warehouse – dates are subject to change, so make sure to bookmark the NECA Events Calendar for the latest.