For the last couple weeks, we’ve been on a binge of unveiling Toys ‘R’ Us exclusives, and we’re almost done with this latest round. But before we all get back to our normal action figure-filled lives, check out this TRU-only Battle Damaged Predators 2-Pack! 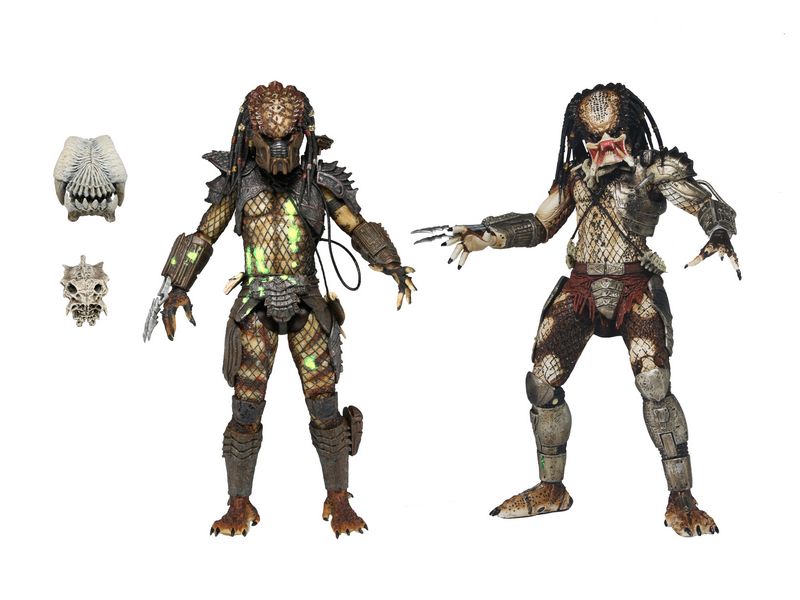 Exclusive Battle Damaged versions of both the Jungle Hunter & City Hunter from Predator and Predator 2. These figures stand 8″ tall and feature tons of detail and articulation and brand new features exclusive to this set.

The Jungle Hunter features the debut of an all new more articulated lower body along with new bloody deco. The City Hunter Predator includes a brand new respirator mask, a battle damaged left removable left forearm and new bloody deco as well. Also exclusive to this set are 2 new trophy skulls not available anywhere else.

Each Figure features over 25 points of articulation. 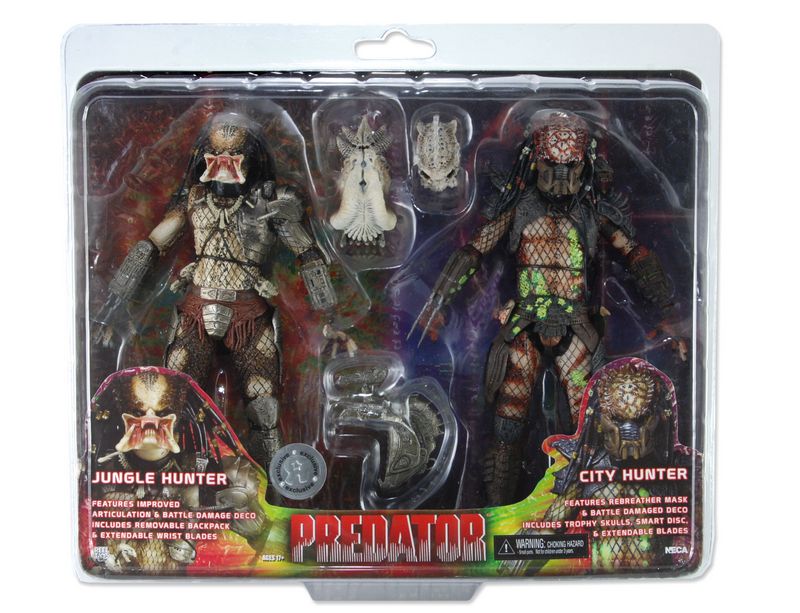 Can’t get enough of our Predators line? We know the feeling. While salivating from your monstrous jaw jowls on the 2-pack above, here’s some more fodder for your hunt:

One More to Go!

We’ve got ONE MORE exclusive to unveil this Friday! What could it possibly be? I mean, seriously, this is the kind of mystery that nobody seems to be able to figure out. With these things, we usually like to give some hint, but this just winds up asking more questions than it answers. Funny how that works out.

Let us know what you think of the Battle Damaged City Hunter and Jungle Hunter Predators 2-Pack by getting in touch on Facebook, Twitter or G+, and don’t forget about the last reveal coming on Friday!