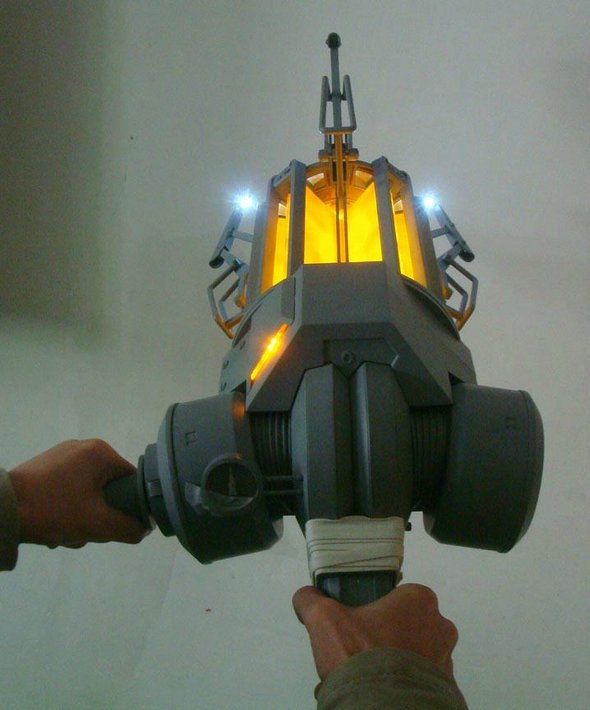 Yes its coming Spring ’13. A peek at the Half Life Gravity Gun prototype model in progress (not final product). More details soon.

About The Gravity Gun

The Zero Point Energy Field Manipulator (ZPEFM), most commonly known as the Gravity Gun, is a tractor beam-type weapon that was originally designed for handling hazardous materials, but, as Alyx stated, was primarily used for heavy lifting. At its core is a substance that appears to be a Xen crystal. Introduced to the player by Alyx Vance shortly after arrival at Black Mesa East, the Gravity Gun soon becomes an invaluable tool in Gordon Freeman‘s arsenal and is considered one of his trademark weapons.