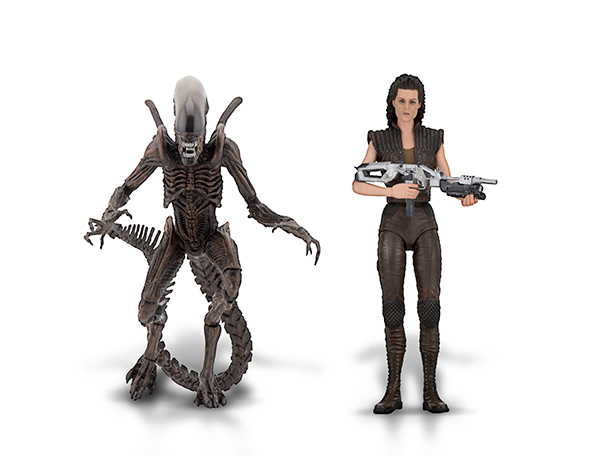 Series 14 of our bestselling Aliens action figures is dedicated to Alien: Resurrection, the fourth movie in the thrilling sci-fi series! It includes Ripley 8 and the Resurrection Warrior.
Ellen Ripley Clone 8 stands approximately 7” tall, has over 25 points of articulation and features the likeness of Sigourney Weaver. She wears the clone’s futuristic ensemble and comes with Draco Double Burner and Lacrima 99 Shockrifle accessories, plus interchangeable hands and a basketball. The Resurrection Warrior stands over 9” tall and is faithful to the Alien’s appearance in the movie. It features over 30 points of articulation, including a tail assembly which provides an additional swivel as well as having a bendable portion.
Clamshell packaging. 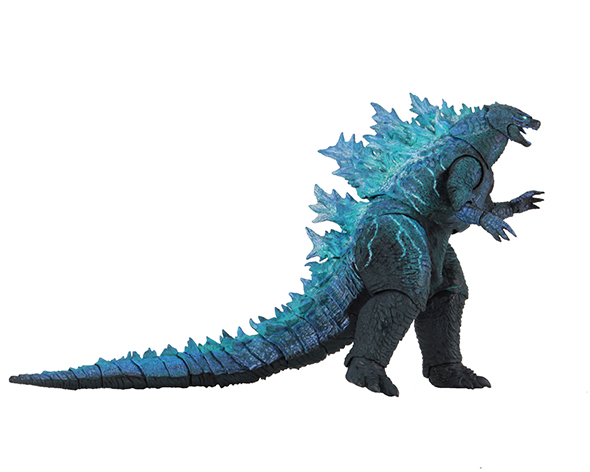 NECA is thrilled to present another figure from the new Godzilla: King of the Monsters movie!
Based on the monster’s on-screen appearance in this sequel to the 2014 Godzilla movie, this version of Godzilla features lightning paint deco and is fully poseable, with over 25 points of articulation. The figures comes with an attachable blast effect and measures 12 inches from head to tail.
Window box packaging with opening flap. 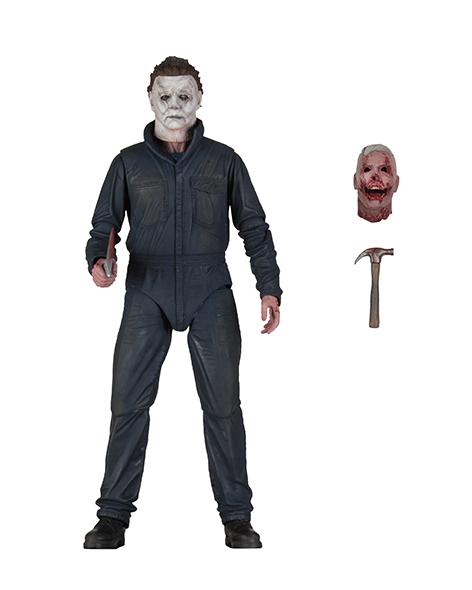 Michael Myers returns to NECA’s 1/4 scale action figure line!
Based on his appearance in the thrilling new Halloween movie, this all new Michael stands over 18″ tall, with over 25 points of articulation and plenty of accessories. The figure comes with knife, hammer, and victim’s head and is a menacing addition to any collection. 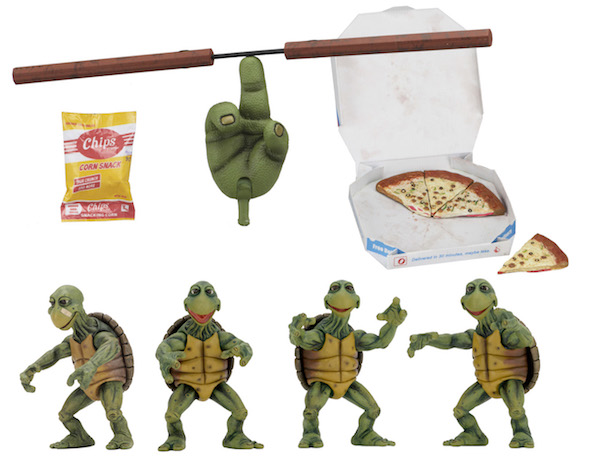 From the 1990 Teenage Mutant Ninja Turtles movie!
After wading in a puddle of radioactive waste, these radical reptiles are transformed into New York City’s greatest crime-fighting quartet! The Baby Turtles are still tiny but ready to train with their master Splinter. These detailed, posable figures stand 4” tall, making them perfectly in scale with NECA’s 1/4 scale TMNT action figure line, and they come with plenty of accessories.
The set includes 4 Baby Turtles, pizza box, 4 slices of pizza, and bag of corn chips, plus a cool bonus—nunchuks and alternate nunchuk-spinning hand for NECA’s 1/4 Scale Michelangelo Action Figure (figure sold separately). Window box packaging.