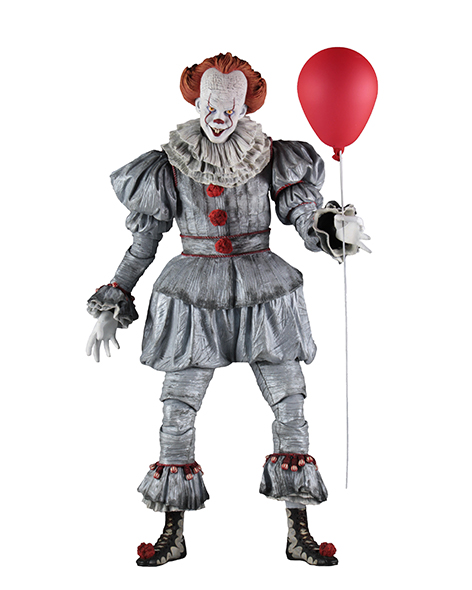 From the acclaimed 2017 horror film IT, drawn from the pages of Stephen King’s original novel, NECA presents the highly requested Pennywise as a 1/4 scale action figure!
Based on Bill Skarsgård’s portrayal of the nightmare-inducing clown, this menacing 18” figure has been painstakingly detailed to be as accurate to Pennywise’s elaborate costume as possible. To recreate the most terrifying scenes from the movie, the fully articulated figure features interchangeable hands and signature red balloon. 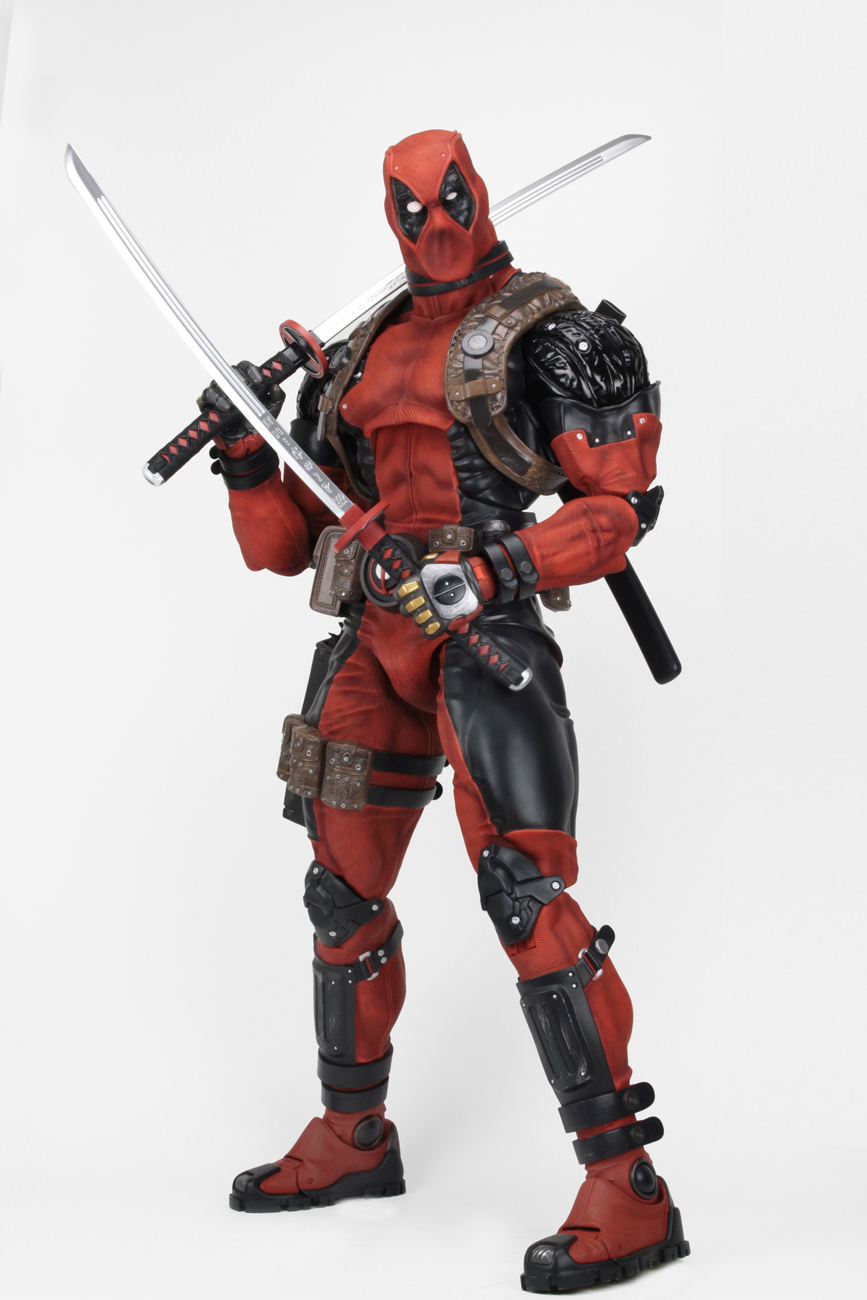 Marvel’s Merc with the Mouth becomes NECA’s first-ever 1/2 scale action figure! Possibly the most skilled mercenary in the world… and definitely the most annoying. The joke-cracking, reference-making, fourth-wall-breaking, taco-eating funnyman of the cold-blooded killer set, Deadpool has long skirted the line between hero and villain, between maniac and genius, between ugly and smelly.
This incredibly detailed figure stands an incredible 36” tall and has over 30 points of articulation. Deadpool’s joints have been reinforced and ratchet into place. Accessories include katanas, sai and knife, all with working sheaths, plus interchangeable hands. 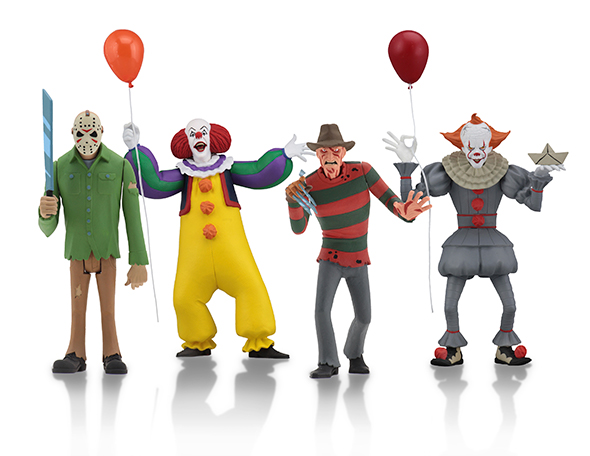