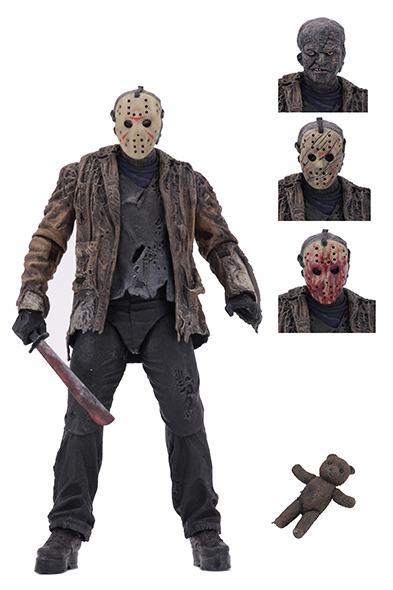 The revenant Jason from the epic 2003 slasher mash-up Freddy vs Jason joins NECA’s Ultimate line! Resurrected by Freddy to terrorize the residents of Springwood, Jason begins his murderous rampage again. But when he won’t step aside for Freddy, a terrified town is caught in the middle of their battle!
This new Jason figure is even more sizable than other Ultimate Jasons, as appropriate for a horror showdown on the movie’s scale. He comes with 3 removable masks, 2 machetes (regular and bloody), teddy bear, and fire effect that can attach to either machete to recreate the final blistering battle.
Collector-friendly window box packaging with opening flap. 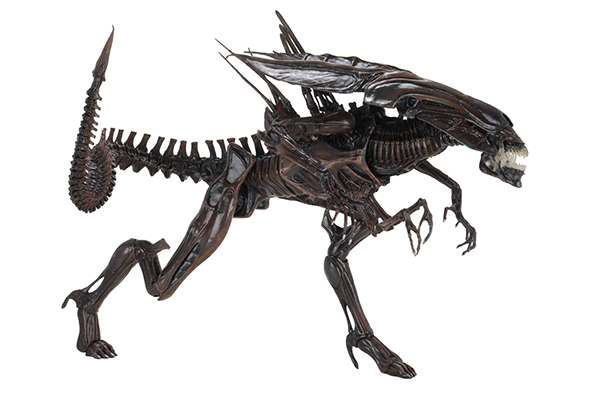 The Aliens action figure family gets a new royal member! From Alien: Resurrection, the fourth movie in the thrilling sci-fi series, the terrifying Queen is the perfect companion piece to the Series 14 and Newborn figures.
She stands over 15″ tall and is over 30″ long, with over 30 points of articulation, including a spectacular posable tail. Bring some of the movie’s most thrilling scenes to life in realistic detail, because the Queen is completely in scale with NECA’s 7″ Alien action figure line.
Includes a display stand and two different interchangeable inner mouths.