Get Your Super Freddy Figure Signed!

We have a very special guest joining us in booth #3145 at San Diego Comic-Con! Swing by and meet Michael Bailey Smith, the actor behind “Super Freddy” in Nightmare on Elm Street Part 5: The Dream Child, on Thursday and Friday, and get your SDCC Exclusive Super Freddy Clothed Action Figure signed! 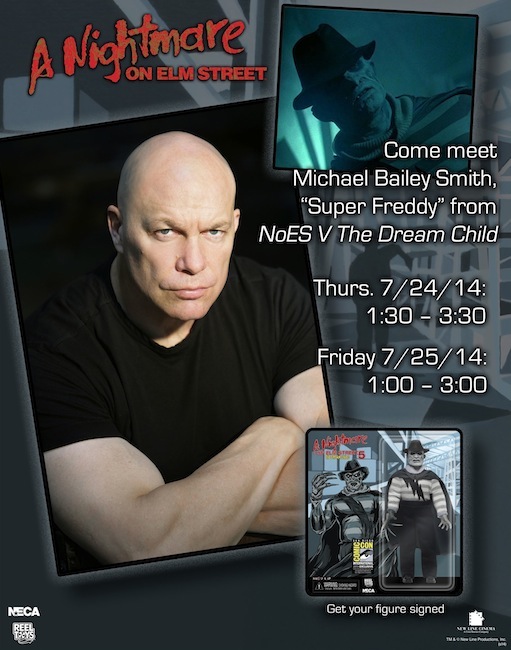